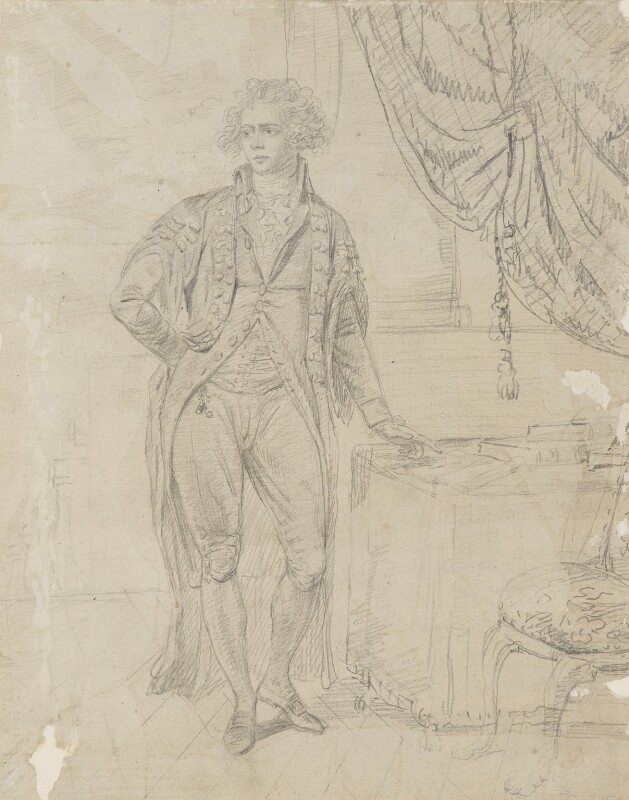 Despite the inscription on the back (probably by Cruikshank's son) the identity of the portrait has been doubted and the suggestion that it may represent an undergraduate in a nobleman's academic gown was put forward by C. K. Adams in 1963. However Sayer's scarce mezzotint, of which an impression is in the NPG copy of an extra-illustrated Wheatley's London, firmly secures the subject as Pitt. It shows him aged 30 with the Regency Bill which passed the Commons 5 February 1789 but was halted by the King's recovery. The series 'Modern Portraits' is not recorded in the NPG archive.

Mezzotint published by R. Sayer 20 February 1790, whole-length standing as in the drawing, Regency Bill on the table.