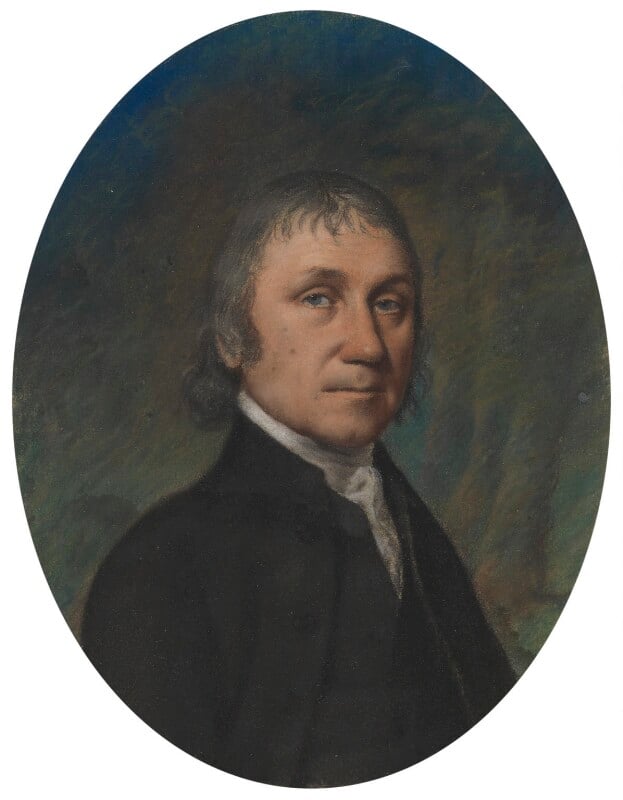 See NPG 175. A nineteenth-century label, formerly on the verso, described NPG 2904 as by Mrs Sharples.

Given by the artist to William Russell (1740-1818) of Birmingham; by descent to T. H. Russell by whom, with his sister Mrs Alexander Scott, presented, together with a portrait of George Washington [NPG 2903], 1936.1