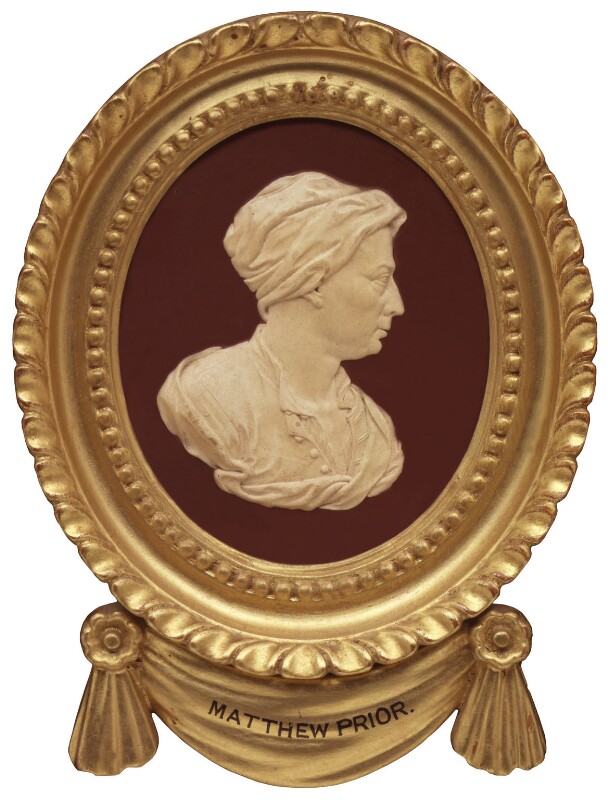 This late-18th-century relief was probably derived from the wax in the Victoria and Albert Museum (A7-1931), [1] and based on the Coysevox bust of 1714. Similar Wedgwood medallions are in the Manchester City Art Galleries and formerly in Robin Reilly’s collection. [2]
The Wedgwood medallion head of John Gay is almost indistinguishable. [3]

View all known portraits for Matthew Prior