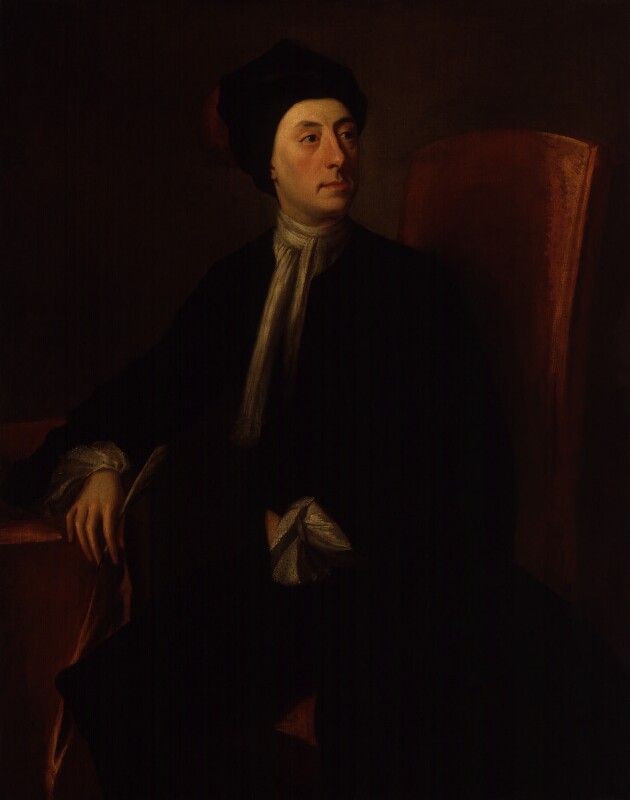 A copy of Richardson’s portrait at Welbeck painted in 1718, [1] made by Thomas Wright before 1730 (see NPG 562).
Replicas of the Welbeck portrait are at Cirencester, signed, with minor differences (no papers on the table and the coat not protruding beyond the fold of the tablecloth), [2] and in the Bodleian Library, presented by Edward, Lord Harley (2nd Earl of Oxford), in 1723. [3] A half-length version in the Sterling Library, London University (from Chesterfield House), may be nearly contemporary. [4]
Other half-length versions were on the London art market in 1956 and sold Bonham’s, 26 October 1989, lot 101; a bust-length version was with A. Reader, London, in 1925. A bust-length miniature copy by Bernard Lens III, signed and dated 1720, is in the Glasgow Museum & Art Gallery.

View all known portraits for Matthew Prior