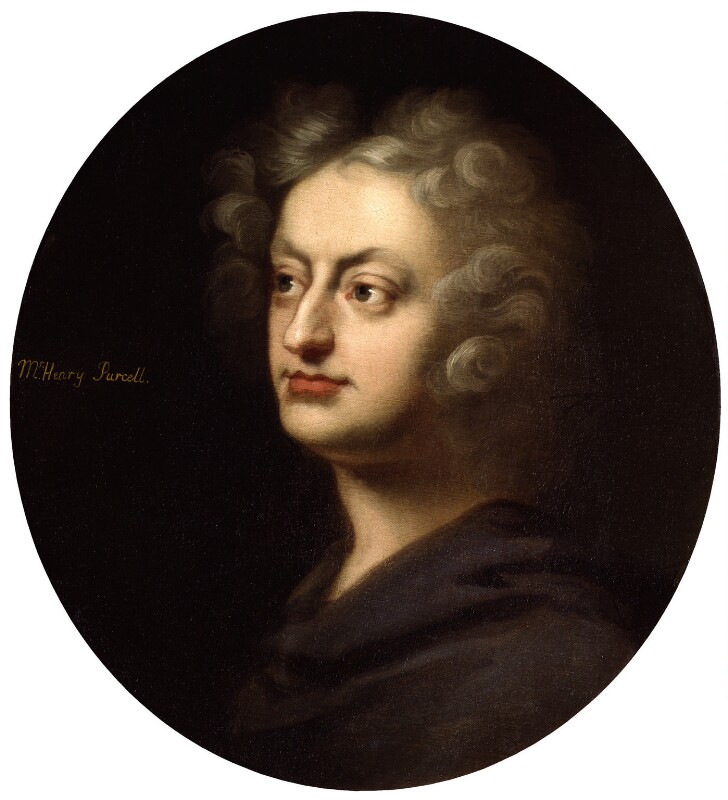 Related to the Closterman drawing NPG 4994, yet the head with the curled fair hair appears younger and angelic, and the drapery perfunctory. The engraved ‘vera effigies’ showing Purcell aged 24, is already heavy-featured, implying that NPG 2150 is a posthumous, idealised portrait. This in turn would indicate the alleged provenance is partly inaccurate, i.e. it could not have been given by Purcell to John Church, who may rather have commissioned it.
Another version sold Sotheby’s, 18 June 1947, lot 25c, from the collection of G. W. Hastings of Great Malvern, was with H. M. Calmann in 1948. A version copied by Sylvester Harding was engraved by W. N. Gardiner 1794 as ‘Henry Purcell/Musician & Actor [sic]/From an Original Picture in Dulwich College’, where such a portrait has otherwise never been recorded.

1 This provenance from a written statement signed by Joah Bates, formerly on the verso, partly legible and now separately conserved: [This] picture was given by Purcell himself to Mr J..a…../Westminster Abbey & a great friend of Purcell when he was Organist the[re]/[Fro]m Mr Church it descended to his son the Revd Mr Church vicar of Boxford in/Suffolk; whose daughter Mrs Strutt presented it to me. Mrs Strutt had often heard her/father declare that his father used frequently to say it was a striking likeness/JB/25 Novr 1790. With this label is a printed extract from W. H. Cummings, ‘Portraits of Purcell’, discussing NPG 2150 and annotated by Squire Bought/at the/sale/after/A. Littlejohn’s/death/17 March/1915/by/Wm Barclay Squire/WBS/The mem. pasted above [referring to the other label]/is by/Joah Bates/WBS.
2 For whom, see Perth NPG 2153.

W. Humphrys ‘from a drawing by Edw. Novello after the original picture by Sir Godfrey Kneller in the possession of Edward Bates Esq.’ (for Vincent Novello’s ed. of Purcell’s Sacred Music, 1832).