3 of 11 portraits of Henry Purcell 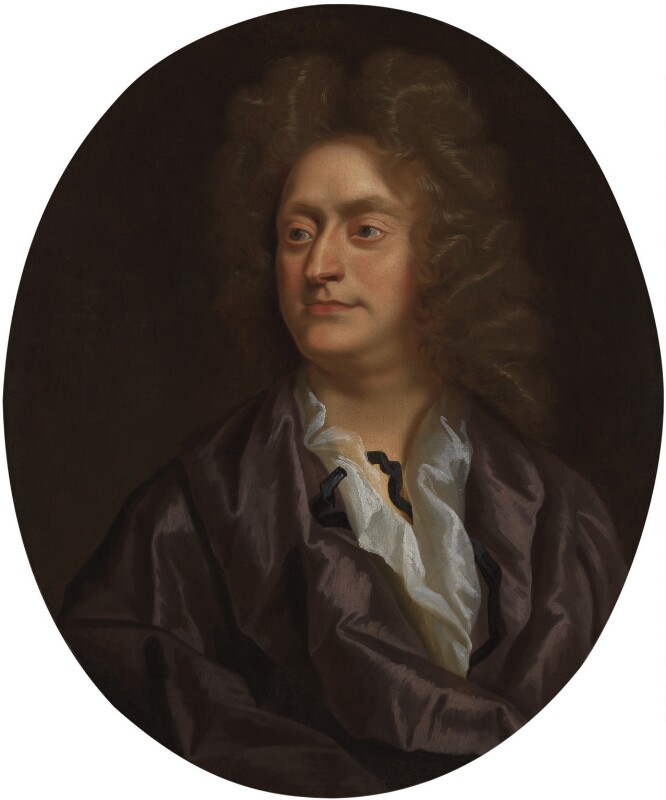 The identification is confirmed both by the Closterman drawing NPG 4994 and by Robert White’s closely related, reversed, engraving, the frontispiece to Purcell’s Orpheus Britannicus 1698, lettered: I. Closterman pinx. R. White sculp./Henricus Purcell/Aetat Suae 37.95, with arms.
Both Piper and Rogers agreed that NPG 1352 was probably not taken from the life, but no original is known. [1] Rogers considered it probably a studio replica and possibly by John Baptist Closterman, John Closterman’s elder brother. [2] It may well have been completed from the drawing NPG 4994 after Purcell’s death in November 1695, thus explaining both the careful (as opposed to animated) working of the head and the arbitrary treatment of the voluminous drapery. See NPG 4994.
A weakly-painted copy from White’s engraving, with A. F. Hill in 1932, was sold from a private gallery in Lincoln, Lincs., c.1990; another was illus. The Musical Times, 1 September 1920, p 589.

1) The fact that White’s 1698 engraving differs from NPG 1352 in detail (drapery folds and curls of the wig) may indicate a second version.
2) Notes on file.

Piper 1963
D. Piper, Catalogue of the Seventeenth Century Portraits in the National Portrait Gallery 1625-1714, 1963, p 290 as perhaps not from the life, possibly ‘either a copy or an original taken from a bust’.

Rogers 1983
M. Rogers, ‘John and John Baptist Closterman: a catalogue of their works’, Wal. Soc., XLIX, 1983, no.81 as not of autograph quality, perhaps a studio replica.

1 ‘The portrait has been in the family for over 200 years, having belonged to an ancestor, Mr Benedict Ithell, Governor of Chelsea Hospital, about the year 1700’ (letter from H. Harwood Darton, 14 August 1903, on file). A niece of Emily Darton also said Ithell was a church warden of (the old) St Martin’s in the Fields and patron of the young Purcell, being instrumental in obtaining for him the post of organist at St Martin’s (Ithell Colquhoun, letter of 14 March 1925, on file). Ithell’s portrait was engraved by W. Faithorne I (J. Chaloner Smith, British Mezzotinto Portraits, 21). There is no means of verifying that Ithell commissioned the portrait.