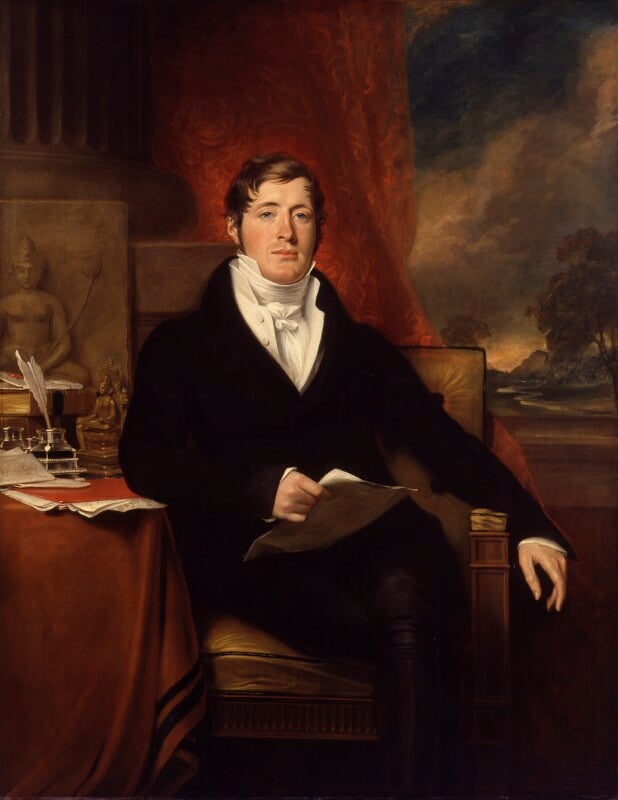 Signed and dated on a paper by his elbow: Geo Fra Joseph ARA/1817.

The portrait, signed and dated 1817, was presumably painted while Raffles was in England to see through the publication of his History of Java, 1817. He gave Chantrey a sitting at the same time. In Joseph's portrait he is dressed in the black court suit, knee breeches and silk stockings probably worn at the levee at Carlton House on 29 May 1817 when the Prince Regent gave him a twenty-minute eulogy and the knighthood marked in the paper he holds. Colonel Raffles Flint, his nephew, in a correspondence with the NPG in 1859, mentioned a smaller portrait by Joseph, given by Raffles to his friend Major Otho Travers (letters in NPG archive); this was half-length in blue coat, right arm resting on a book, exhibited Third Exhibition of National Portraits, South Kensington, 1868 (215) lent by Mrs Travers.