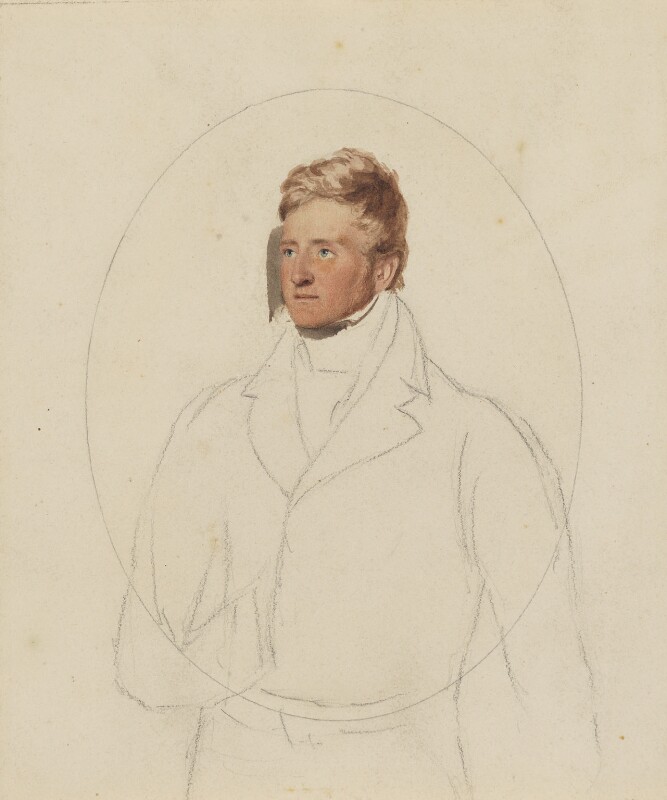 Most of these drawings were done after the Battle of Vittoria in June 1813. Raglan was certainly present and in his capacity as Wellington's secretary is likely to have been one of the first to have his portrait taken; the drawing was presumably altered later to show the loss of his arm at Waterloo.