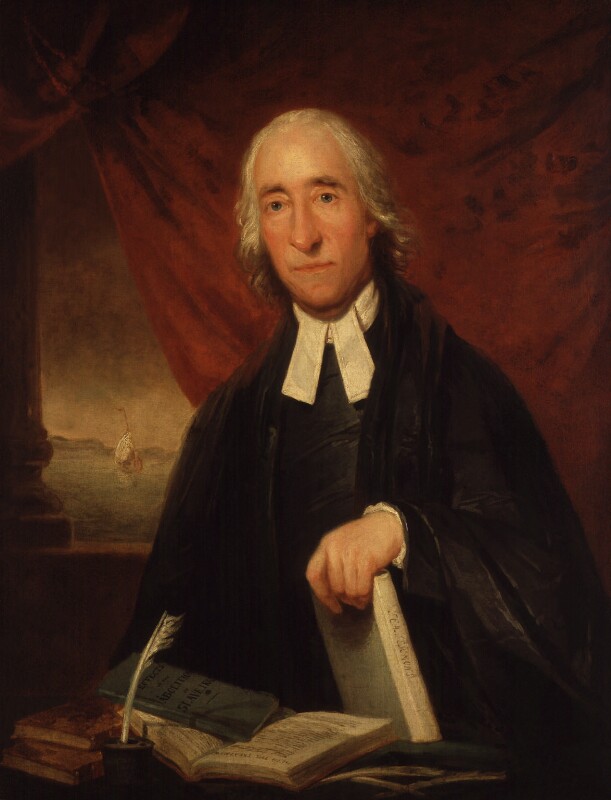 Ramsay died on 20 July 1789 but NPG 2559, dated that year, appears to have been painted from the life. Three other versions have descended through the family: one with Phylis Green in 1957; [1] another, signed, and with an enclosed architectural background, at Chilston Park, [2] and a less finished version, also with an enclosed background, belonged to the Duke of St Albans at Newtown Anner, Clonmel, in 1957. [3] This last was presumably the portrait said to have been painted by Mrs Bouverie, a neighbour of Ramsay at Teston, [4] which in 1894 was said to belong to the Duke of St Albans. [5] A miniature copy was with Sir Edmund Phipps in 1933. [6] There is also an unlettered, bust-length engraving of Ramsay, wearing bands, the head not unrelated to NPG 2551 (conceivably based on a drawing by von Breda). [7]

Blue eyes, white hair, wearing gown and bands; a red drape behind him; his left hand rests on Sea Sermons [1781] and on the table lies open On the Treatment Conversion of [African Slaves in the British Sugar Colonies 1784] and a pamphlet Effects of the Abolition of Slave Trade [Enquiry into the Effects of putting a stop to the Slave Trade 1784].