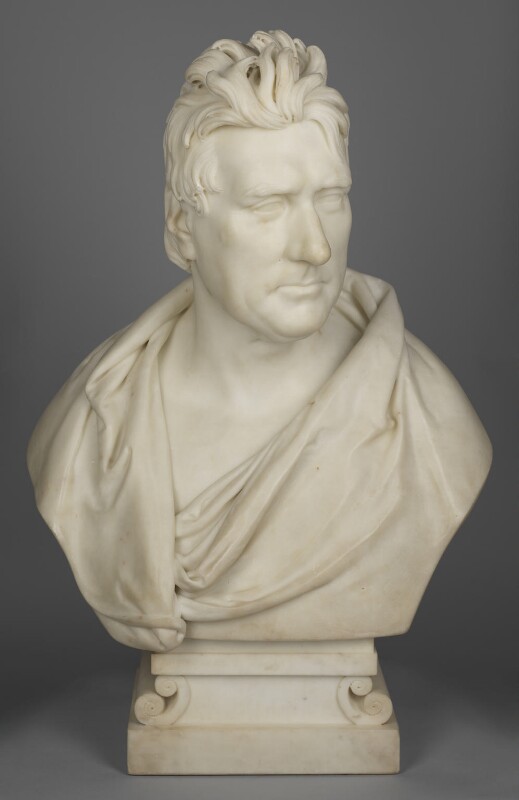 The bust was commissioned in 1818, possibly to mark the completion of Waterloo Bridge: 'Jan 1. Recd an Order from John Rennie Esq. Civil Engineer for his Bust in marble' (Sir Francis Chantrey’s Ledgers of Accounts, p 58). The plaster model is Ashmolean Museum (623-111). The marble itself, finished with some speed, was ready for the RA exhibition in May 1818, described by Hazlitt in 1822 as 'a fine architectural head' (Works, vol.18, p 170). Cunningham called it one of 'Mr Chantrey's finest busts … by many reckoned his masterpiece' (Blackwood's Magazine, April 1820, p 7).
Plaster casts are in Scottish NPG (544) the Athenaeum Club, etc. A tracing by Sir George Scharf is in NPG Reference Collection. A marble copy by Henry Fehr 1897 is in the Institution of Civil Engineers collection, and copies were made by Brucciani & Co in 1910.

Commissioned by Rennie himself and given by his grandson John Keith Rennie 1881.