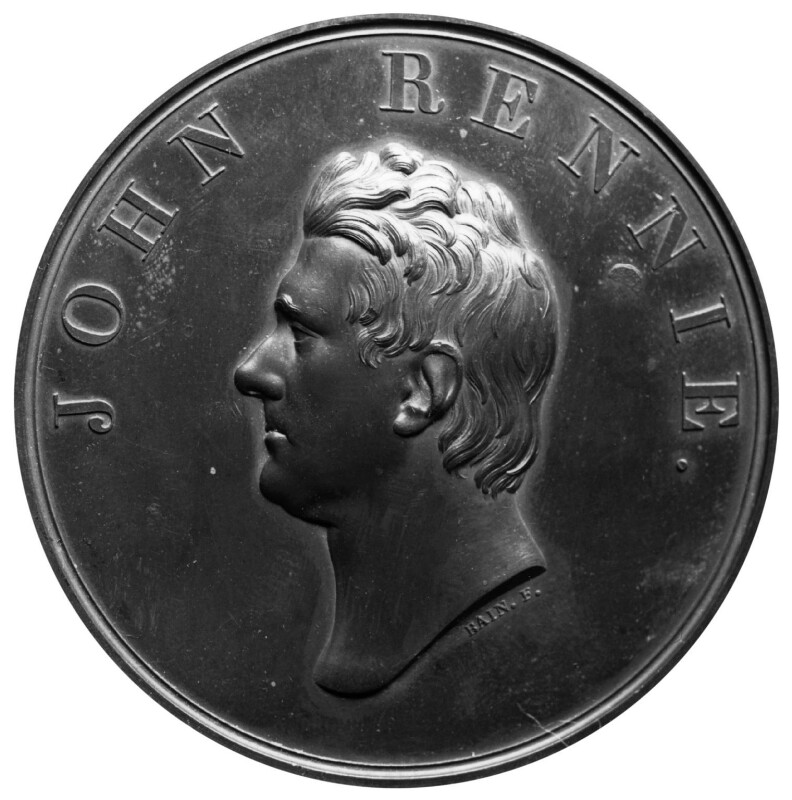 The profile clearly derives from Chantrey's bust of 1818 (NPG 649) at that time in the Rennie family possession. His son George Rennie, then a clerk of the irons at the Royal Mint, sent Bain a drawing of it: 'Some time ago I made the enclosed sketch from the Bust with a Camera Lucida: perhaps it may be useful in the new Die you are going to engrave. I shall get the Die ready as soon as possible./Yours - George Rennie/ps. please preserve it' (letter addressed to John Bain dated Royal Mint 13 Nov 1822, and drawing, both kindly shown to me by Messrs Spink & Son in April 1983). Variants of Bain's medal appeared with and without drapery, in 1823 with a plan of Sheerness Docks on reverse and in 1825 with a view of London Bridge (Laurence Brown, British Historical Medals, 1980, 62-4, 1219-20, 1253). L. Forrer, Dictionary of British Medallists lists another of 1831.

Given by his grandson John Keith Rennie 1883.