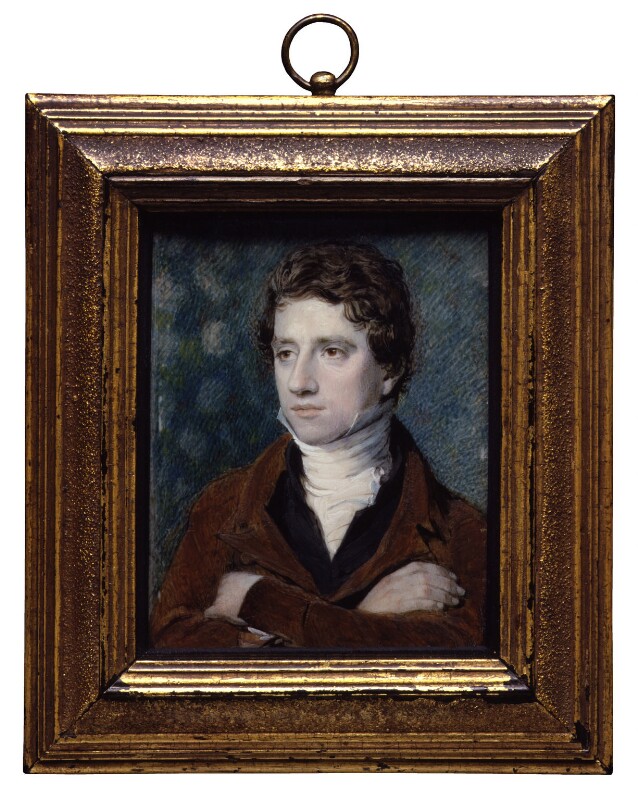 The portrait was well-known in the 19th century and first reproduced in H. Buxton Forman's Poetry and Prose by John Keats, 1890 frontispiece. It later became associated with Keats himself, or possibly his brother George, its frame being labelled 'Keats by Severn'. Its identity as J. H. Reynolds was established by its then owner Miss P. Sichel who found a watercolour variant in Keats House, Hampstead, from the Leigh Brown-Lockyer Collection (Connoisseur, CLXX, 1969, p 36). A black cut-out silhouette is also in Keats House.