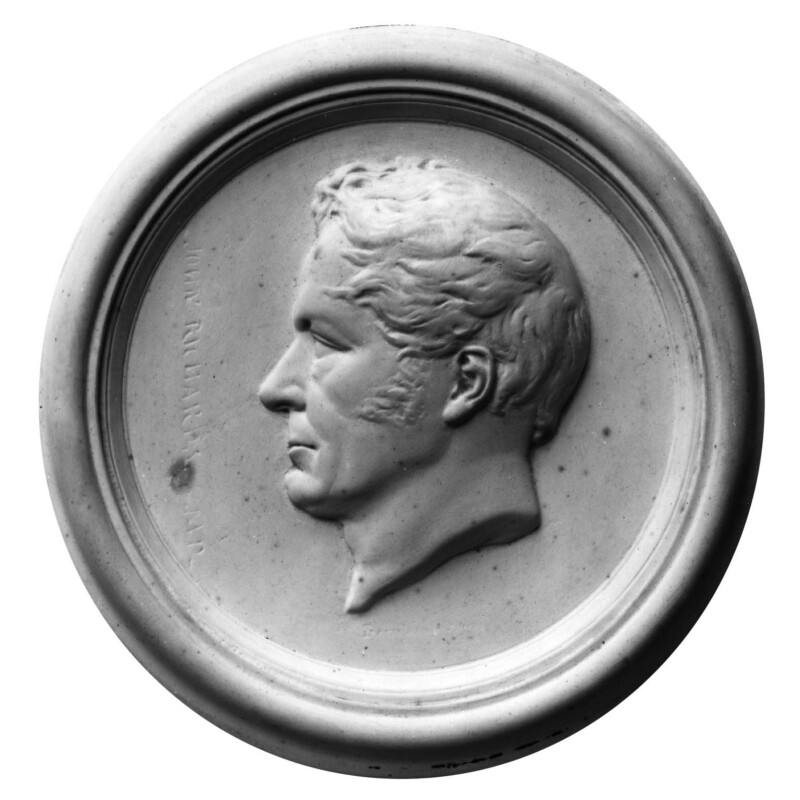 Another cast of this medallion is in the Scott Polar Research Institute, Cambridge, signed and dated '1842'; it is listed by J. W. Goodison, Catalogue of Cambridge Portraits (1955), p 185 (344); a third also dated 1842 is in the collection of the Rev Edward Alston. A related marble medallion of 1844 is in the Linnean Society, London. The type was exhibited RA, 1844 (1346). The NPG medallion was presented at the same time as a companion medallion of Sir James Ross by Smith (NPG 887). Hooker thought they were both done in 1844, presumably the date when he purchased them, and described them as 'first-rate likenesses' (letter of 25 January 1892, NPG archives).