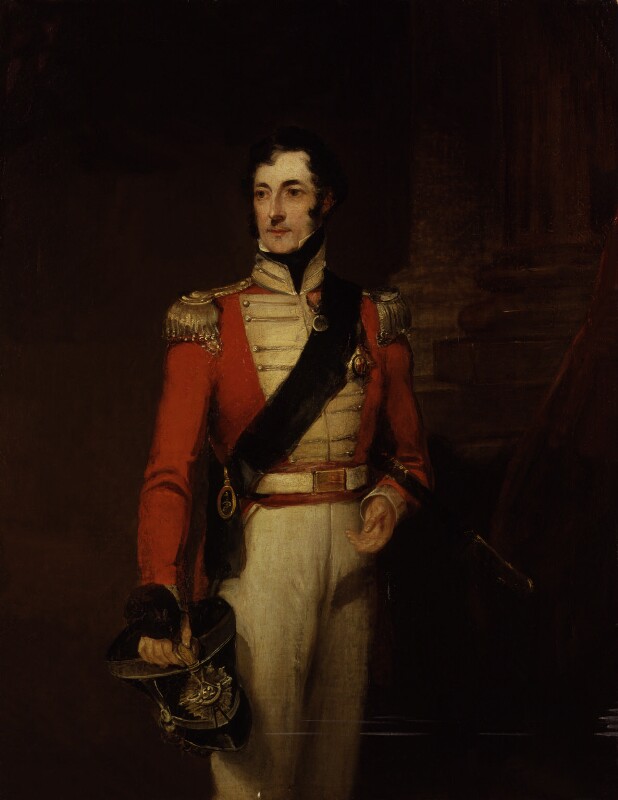 A more finished variant at Goodwood (290) has the shako at a slightly different angle but not showing the regimental number on the badge, reproduced Journal of the Society for Army Historical Research, 49, 1971, p 70. Another portrait by Salter, three-quarter-length in tail-coat and Star of KG, speaking in the House of Lords, was engraved 'from an original portrait painted 1842 by W. Salter ...’.