1 of 15 portraits of Laurence Hyde, 1st Earl of Rochester 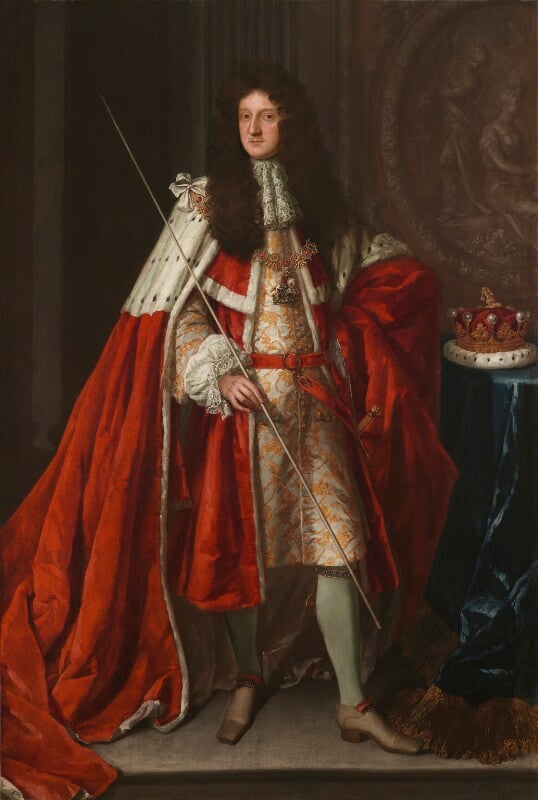 Wearing an earl’s coronation robe and surcoat with Garter collar, holding the lord treasurer’s wand, with his coronet with cap of maintenance by his side. One of four portraits of Rochester painted by Kneller c.1685-86 and the only whole-length; all show him with the lord treasurer’s wand, two in Garter robes and two in coronation robes. Rochester held the position of lord treasurer in 1685-87 and was made KG in June 1685. The three-quarter-length in the Suffolk collection relates closely to this composition.
A half-length oval mezzotint by I. Beckett (J. Chaloner Smith, British Mezzotinto Portraits, 89), in coronation robes, the title describing him as a privy councillor, governor of Ireland and Knight of the Garter (but not as treasurer) closely resembles NPG 4033 and was perhaps derived from it.

The Earls of Darnley (possibly descended from the sitter’s niece, Theodosia Hyde, wife of the 1st Earl of Darnley); Cobham Hall sale, Sotheby’s, 23 July 1957, lot 366, bought Leggatt for the NPG.