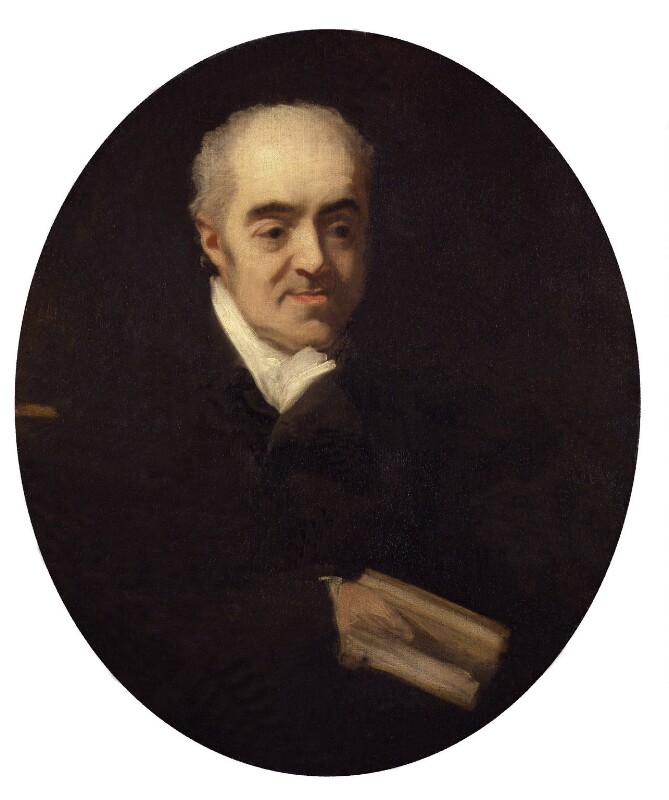 Farington records Rogers sitting to Phillips in 1817: 'Sir Thos (Lawrence) told me that Rogers had Sat for His Portrait to Philips [sic] who requested him to sit; but Rogers was so little satisfied with what he saw on the canvas after some sittings that he wrote to Philips declining to sit for the finishing of the Picture' (Diary, 11 April 1817). He is reported to have said later, 'I wish Mr Phillips would send home his portrait of me that I might wipe my feet on it' (Scharf's note in NPG archive). It remained in the Phillips family until his sister's death when it was bought at the sale of her effects and sold to the NPG in 1887. A more finished version, wearing a brown coat, was in the artist's son's sale at Christie's (H. W. Phillips) 26 November 1870 and is now in a private collection Manchester. R. E. Graves in Dictionary of National Biography mentions a Phillips portrait of Rogers at Britwell Court, presumably one or other of these two. Unfortunately Phillips's Sitter Book (copy in NPG library) records no portrait of Rogers.

The artist's sister and bought at her sale by E. H. Morris of Berkhamsted who sold it to the NPG in 1887.