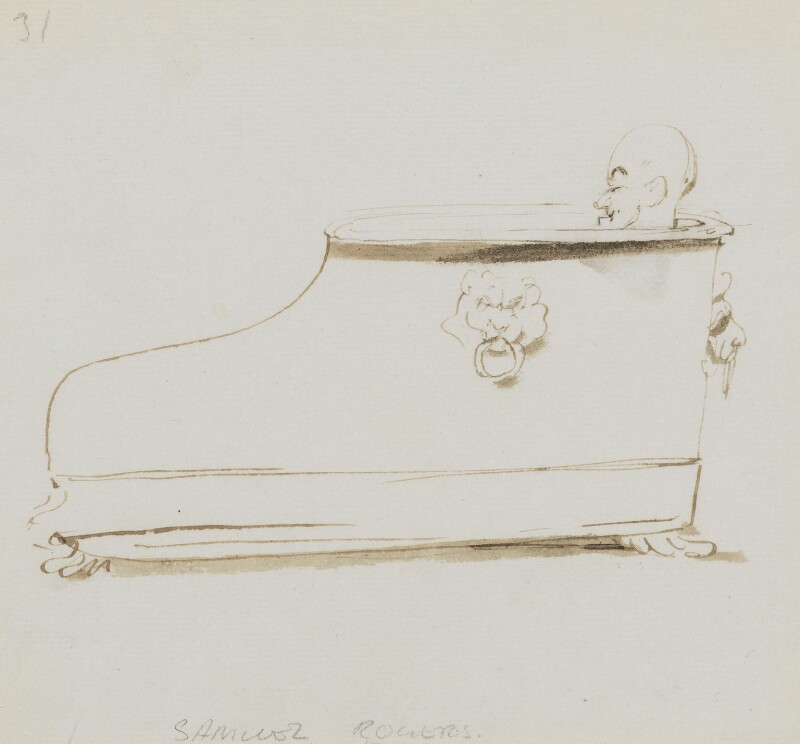 Rogers having a bath.