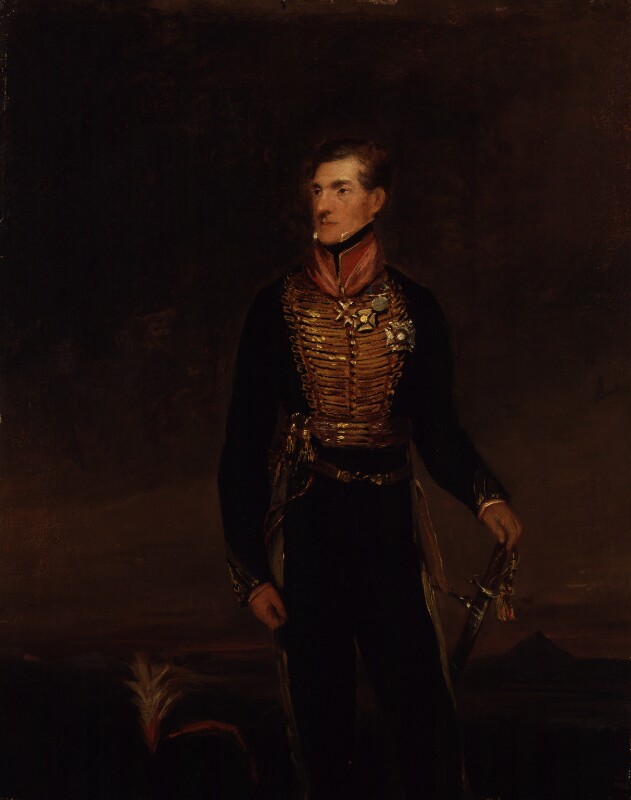 Three-quarter-length standing in uniform as Colonel of Horse Artillery (black with scarlet collar and gold facings), Star and Cross of KCB, Cross of St Anne (Russia), Waterloo Medal; he was also entitled to have worn the Order of the Tower and Sword of Portugal; brown hair, hazel eyes, ruddy complexion, long hatchet-shaped face.