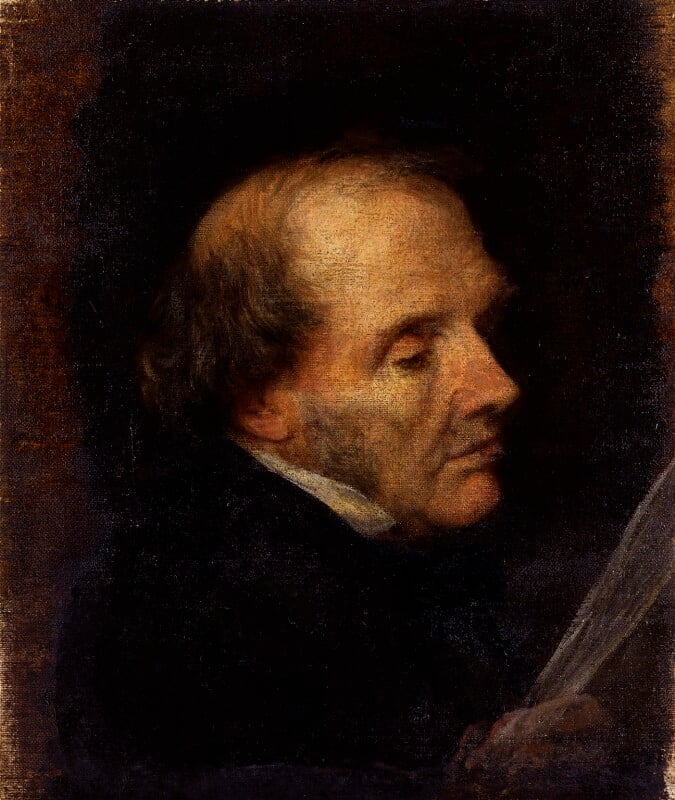 Although Russell appears older in this oil sketch than in the drawing (NPG 2635), it must date from the same period; Mrs Watts mentions it as one of her husband's first portraits of his famous contemporaries in a section of her biography dealing with 1851. In her catalogue she records that sittings took place at Holland House. In a letter of 14 February 1892 (NPG archives), Watts himself wrote: 'I think it was like'.