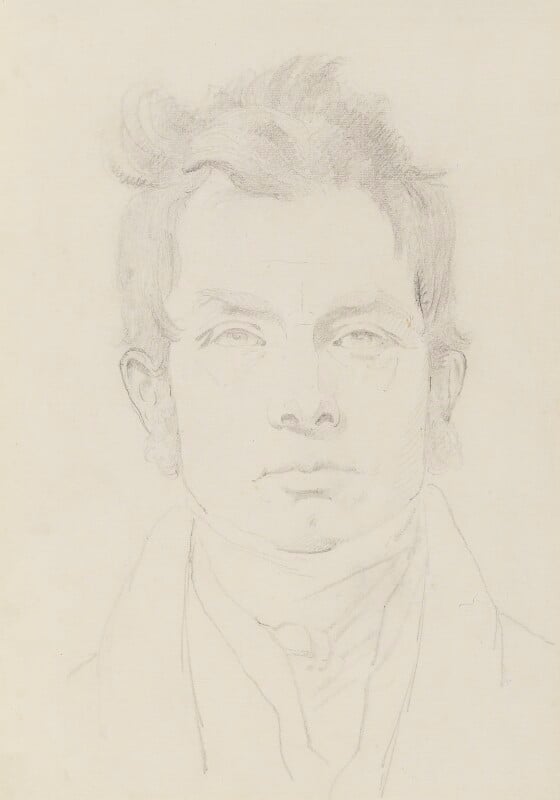 Sir Francis Chantrey’s Ledgers of Accounts (p 143) record the commission: 'Nov 1821 Recd an order from India to execute a Bust of - Russell Esq, instructions recd thro the hands of Mr Moore price 200 guineas'. The account including marble pedestal, packing cases and cartage, was settled on 15 April 1823. The plaster bust in the Ashmolean Museum (625-113) is inscribed in black paint: Mr Russell thus confirming the identification as the 2nd Baronet; the 1st Baronet with whom it has been previously identified (R. L. Poole, Catalogue of Oxford Portraits, I, p 216) received the title in 1816 and in any case would have appeared considerably older. The marble bust was recorded in Bolaram, India, in 1905.
Russell wrote a long and interesting account of the process of sitting to Chantrey, describing his use of the camera lucida. Six or seven sittings took place in 1822, the bust having been commissioned by Russell's friends in India. Russell reported for breakfast at Chantrey's studio in Belgrave Place, usually with a third person present, and the sittings were always a delight - 'I never passed a more agreeable time, his conversation was at once amusing and instructive' (H. B. Jones, The Royal Institution, 1871, pp 275 ff). He visited Chantrey again in 1841 shortly before he died and they examined the model again 'to see what time has all this while been doing ... Moore the poet came in just after and, pointing to my bust said "That is Mr Pitt". "No" answered Chantrey, "if you look again you will find there is nothing here of the sauciness of Mr Pitt."' (Constance Russell, Swallowfield and its Owners, 1901, p 271).