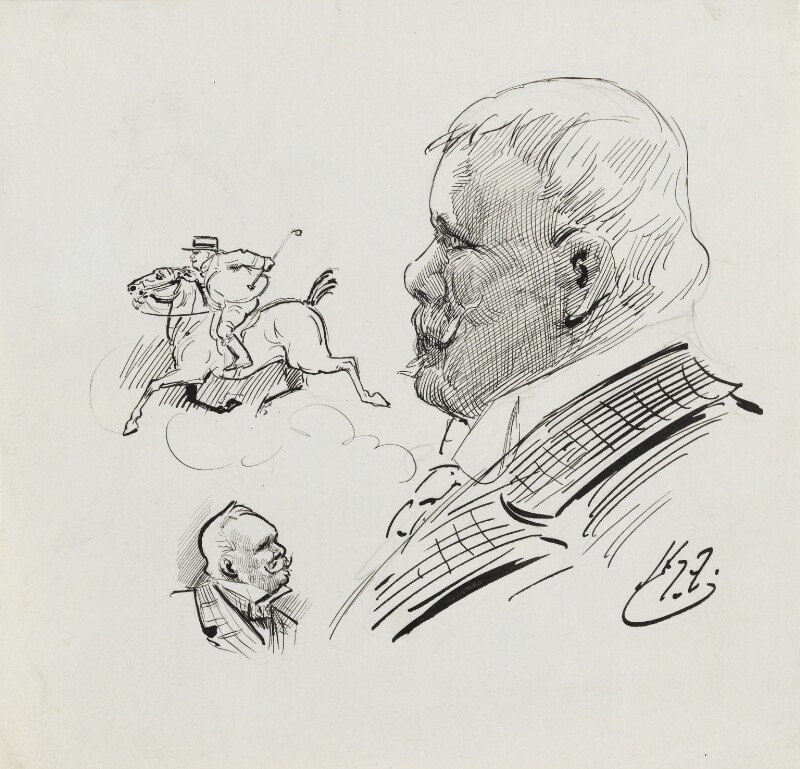 Harry Furniss succeeded Sambourne as illustrator for Punch weekly feature, the ‘Essence of Parliament’, in 1884. There was considerable friction between them. In Furniss’s publications ‘dear old Sammy’ comes across in words and drawings as an enthusiastic bumbler; and he was always critical of Sambourne’s reliance on photography. [1]

The inscription ‘T.P.C.’ on the reverse is a reference to Furniss’s book The Two Pins Club. In fact neither NPG 3508 nor NPG 3509 was used to illustrate Sambourne in this publication. The Two Pins Club was a riding club, many of whose founder members were from Punch: the editor Francis Cowley (‘Frank’) Burnand, Tenniel, Harry Furniss and Sambourne.