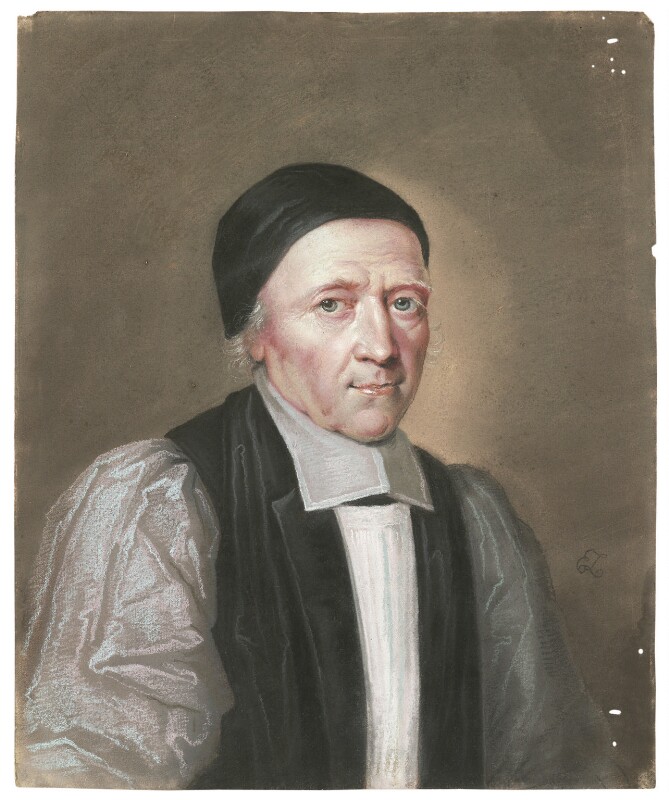 Signed, by his left shoulder, in monogram: EL.

Sancroft appears older than in the Loggan engraving of 1680 and NPG 301 might date from the time of the Seven Bishops episode, as Piper suggested. A signed copy of NPG 301 by G. P. Harding, inscribed from a drawing by Lutterel in the collection at Lambeth Palace, was sold Sotheby’s, 30 January 1991, part lot 22.

1 Owing to their continuing dispute concerning the identity of NPG 22, see William Wake, Scharf was rudely treated by the vendor (who ‘even when I paid him the £9 for the Sancroft picture … almost drove me out of the house when I went to examine his Jeffery & the Ld. Kr. Coventry portraits’, letter of 3 January 1871 to W. Smith, copy on file).