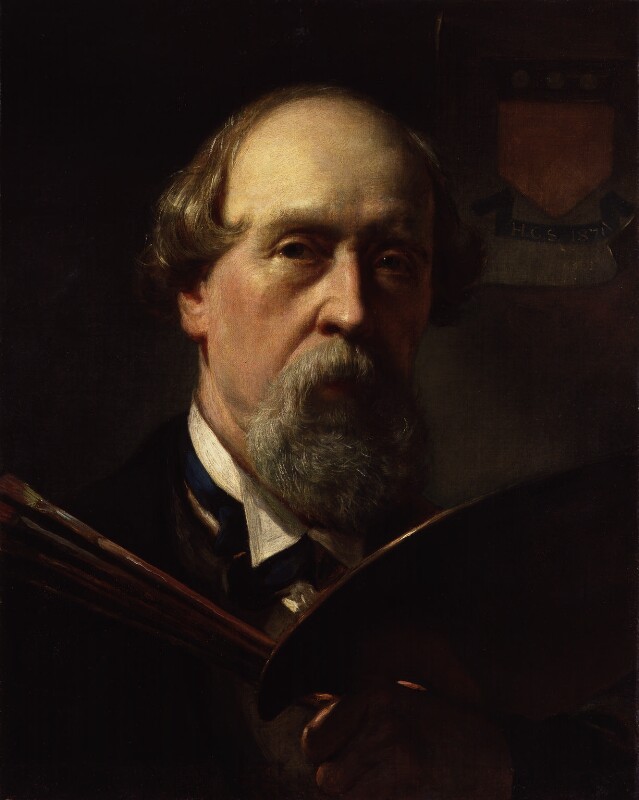 The portrait of Henry Selous was offered to the National Portrait Gallery by Mr Alan Wainwright in 1928 and submitted to the Trustees on 28 February 1929, when it was declined. [1] Never collected, it remained in store until 1971 when it was accessioned, relined and cleaned.

It was probably rejected by the Trustees on grounds of the sitter’s artistic reputation in the 1920s, thirty years after his death: Selous had been a popular artist yet he had not earned a notice in the early editions of the Dictionary of National Biography. The work of such artists was totally devalued after the First World War. Nowadays, however, the picture is recognized and appreciated on several levels: as an artist self-portrait, as a skilfully planned and lit composition, and, most importantly, as the only extant painted image of an artist who was significant in his day.

In 1871, the date of the painting, Selous’s address was 28 Gloucester Road, Regent’s Park, London. [2] He was then in his late sixties, his reputation established due to a mixture of talent and hard work in various branches of art – as illustrator, designer, portraitist and even fresco painter. Two of his best-known works, the large history paintings Jerusalem in Her Grandeur and Jerusalem in Her Fall, were touring major British cities before shipment to New York and exhibition there in March 1872. [3]

Head-and-shoulders, full-face, brown hair around domed forehead, grey beard and moustache, holding in front of him palette and four brushes in left hand.