1 of 4 portraits of Anna Seward 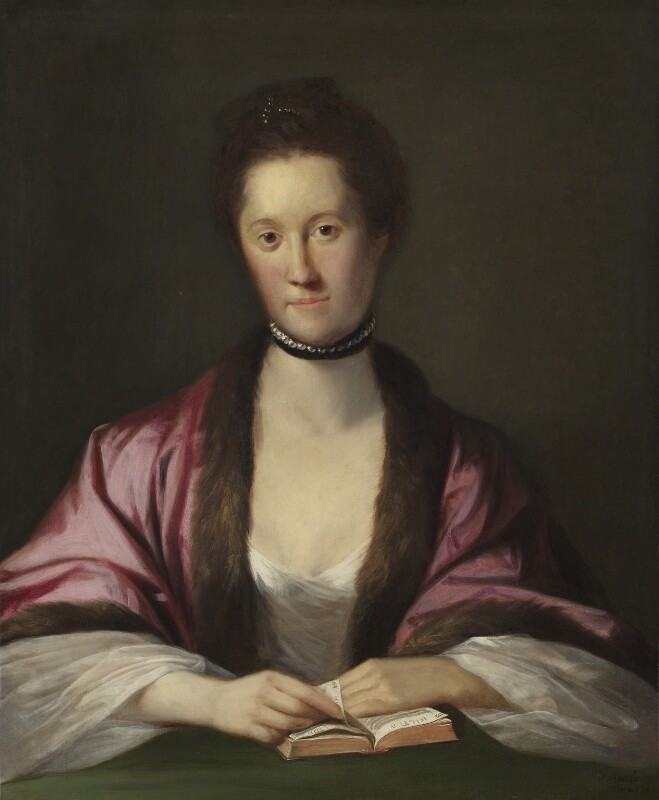 The earliest dated painting by Kettle; the pose appears indebted to the Reynolds portrait of Kitty Fisher painted in 1759. [1] It was presumably coincidental that in 1762, the year it was painted, Anna Seward had met an officer called Taylor, whose departure from Lichfield the same year she regarded ‘with tender, but not visibly impassioned regret’. [2] Kettle also painted a matching half length of her younger sister, Sarah (d. 1764). [3] When Romney’s three-quarter length arrived in Lichfield, Anna Seward wrote: ‘I keep [the portrait] by poor Kettle, for which you know I sat at Nineteen, as a foil to Titiano’s [Romney’s], and am diverted with people taking it for my mother’s picture, after they have looked at Romney’s’. [4]

Brown eyes, dark brown hair, wearing a pearl necklet above a black velvet collar, and a white dress with a purple gown with dark fur edging; each page of her open book is headed MILTON and two of the pages are numbered 112 and 114; green tablecloth.

1 He also once owned the miniature by Meyer.

A. Cardon 1811 (from the original picture painted in 1762 by Kettle in the possession of Thomas White Esqr. Lichfield).