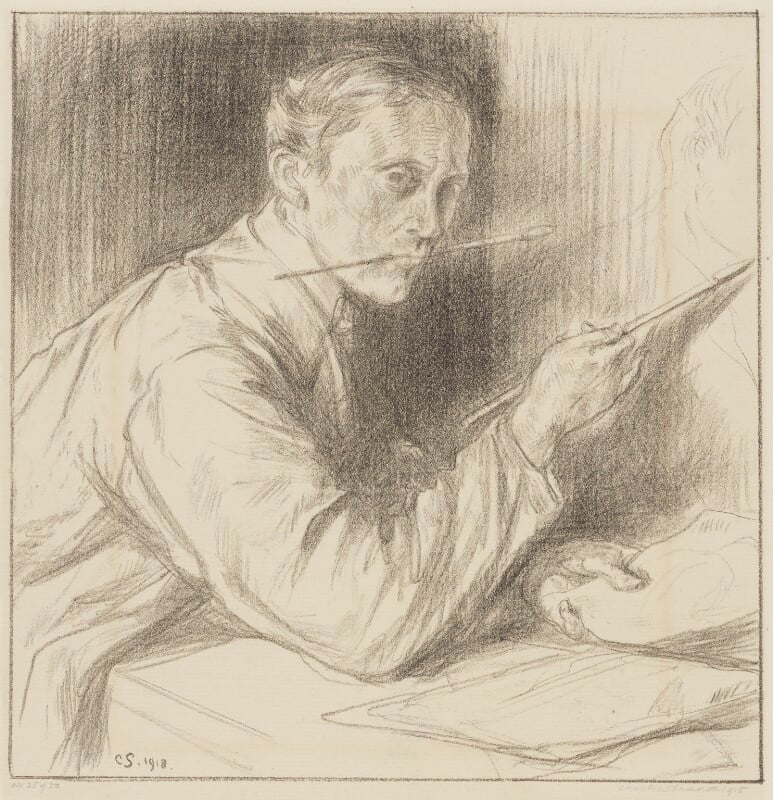 This is a late lithograph showing Shannon apparently working at an easel but with sheets of paper in his left hand; the pose is similar but not identical to that in the 1917 self-portrait in the Fitzwilliam Museum, Cambridge (see ‘All known portraits’). It is described as an edition of 50, printed in black or sanguine. [1] A sanguine version is in the British Museum, London (1925,1109.1).

Two decades earlier, Shannon’s printmaking had already been highly praised: ‘[His] command of the stone renders him, so far as we know by a great deal the most skilful, sympathetic and poetic lithographer at work in this country.’ [2]

NPG 3081 was acquired following the artist’s retrospective exhibition held in 1938 and a subsequent show at F.R. Meatyard’s in 1940. The central area is discoloured where previously exposed to light through a window mount.

Half-length, half-profile to right, looking to front, leaning forward with brush in right hand and another in mouth.