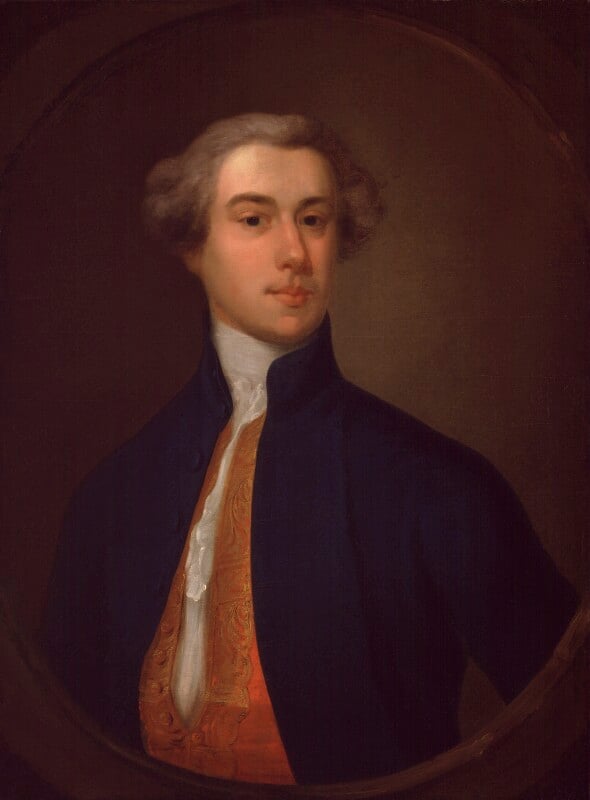 Signed above his right shoulder: Thos: Ross Pinxt. 1738; on a label on the back of the canvas an inscription, in the sitter's hand, reads: This Picture belongs to Mary Cutler, given to/her by her Master William Shenstone,/January first 1754: in acknowledgment/of her native genius, her magnanimity, her/Tenderness, & her Fidelity./Will: Shenst[one].

NPG 4386, with its attached testimonial, may have been in the nature of a quid pro quo for Shenstone's recurrent failure to pay Mary Cutler her wages (see Provenance). [1] The earliest recorded engraving of the portrait by J. Hall, 1780, lettered Done from an Original Picture in the Possession of The REV. Mr. GRAVES appears closer to NPG 4386 than to the replica or copy given, 1824, to Pembroke College, Oxford, by Joseph Plymey, later Corbett, Archdeacon of Salop (d. 1830).
No other portraits by this artist are apparently known.

Bought, 1964, from Mrs G. E. F. Hyde of North Wraxall, Wilts; given by the sitter, 1754, to his servant Mary Cutler; by 1780 owned, according to the engraving, by Shenstone's friend and executor Richard Graves, poet and author (1715-1804), who presumably acquired it from Mary Cutler; sold, 1943, as Sheridan by Reynolds, from the collection of Colonel J. S. Gibbons of Boddington Major, near Cheltenham, bought Mrs Hyde.

Engraved by John Hall for the 1780 edition of Shenstone's Poems.