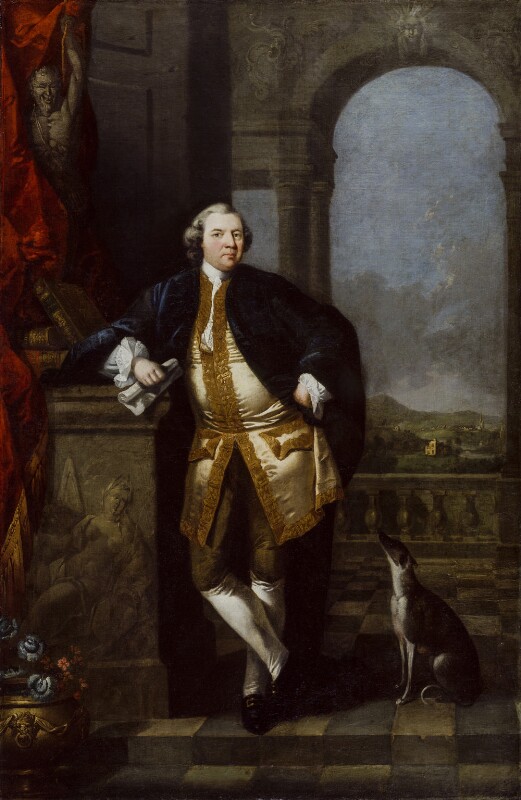 Shenstone was sitting to Alcock by 7 December 1759 [1] and the portrait is several times mentioned in letters as, for example, in the detailed description to Graves, 8 January 1760. [2] By 9 February it was 'in a manner finished' but not content to leave well alone, the artist, according to Shenstone's letter to Graves, 2 May 1761, 'By way of improving the picture I meant for Dodsley ... has made it infinitely less like, and yet it must go to London as it is, for God knows when he can be brought to alter it.' [3] A version painted by the artist for Graves himself, referred to in the same letter, may be the portrait now in the City Museum and Art Gallery, Birmingham.

Some wrinkling of the paint surface on shoulders, arms of coat, and curtain, left; surface cleaned and varnished 1895 and 1897.