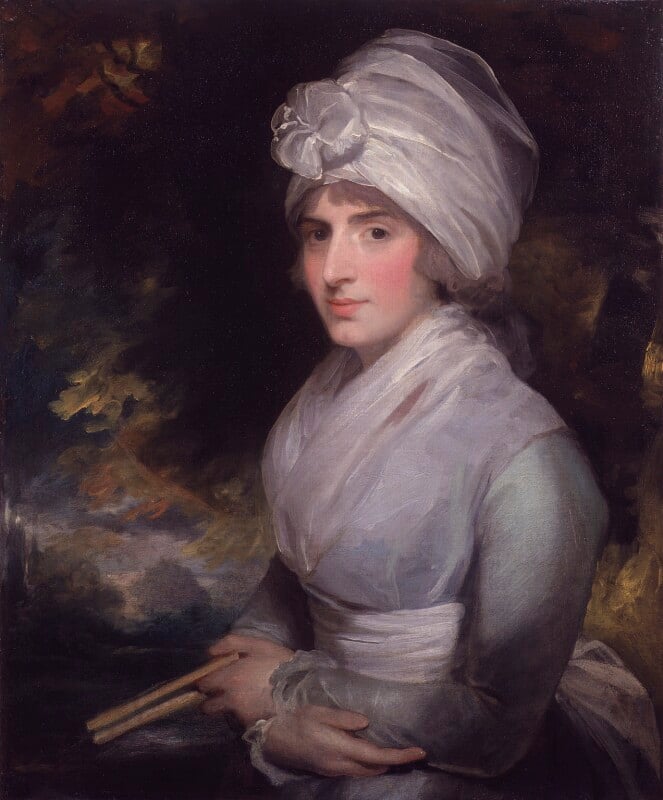 NPG 50 may be compared with the 1782 portrait by Thomas Beach in the demonstration of modest sensibility (and see also Beechey, NPG 5159). Accepted for the collection with an attribution to Beechey, but an attribution to Stuart, first proposed in 1914 by C. H. Hart, [1] has since found acceptance. In 1932 Whitley plausibly associated NPG 50 with the announcement in the World, 18 April 1787, that Stuart’s portrait of Mrs Siddons was

'not yet finished, but if finished with as much spirit and delicacy as it exhibits while this account is writing of it, there will be no inferiority even to the first head of Kemble [2] ... [Stuart] dives deep into mind, and brings up with him a conspicuous draught of character and characteristic thought - all as sensible to feeling and to sight as the most palpable projections in any feature of a face.' [3]
A copy by W. Horn Rosenberg was sold Christie’s, 14 December 1905, part lot 187 as after Beechey, and a version is in an American private collection. [4]

[the father of Horace Twiss, her nephew, commissioned a portrait from Stuart];1 family possession2 descending to John Thadeus Delane,3 by whom presented 1858.