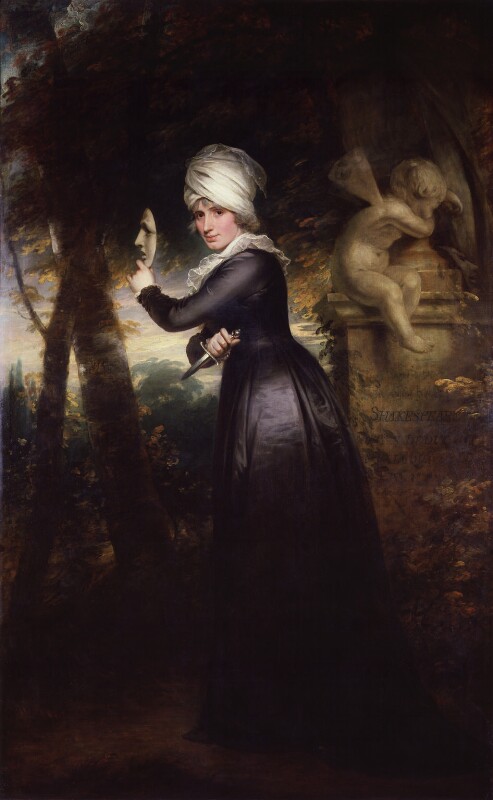 Beechey’s portrait conveys Mrs Siddon’s eminence as a Shakespearean tragedienne through emblem rather than attitude or performance, thus contrasting with the great Reynolds whole length of 1784. It was criticised at the RA in 1794 by Pasquin: ‘the attitutude is affectedly disgusting. It conveys the semblance of a gipsy in sattin, disporting at a masquerade, rather than the murder-loving Melpomene. As a portrait the figure is too thin for the original ...’. [1] Ironically NPG 5159 came to bear an attribution to Reynolds between 1878 and 1894 which was dismissed by Graves & Cronin in 1900.
The head closely resembles that painted by Gilbert Stuart in 1787, see NPG 50. A reduced version, probably a preliminary sketch, the pedestal prominently inscribed Sacred/to/the Memory/of/Will:/Shakespere was in the collection of Mrs Arthur Bull at Brynderwen, Usk, in 1962. [2]