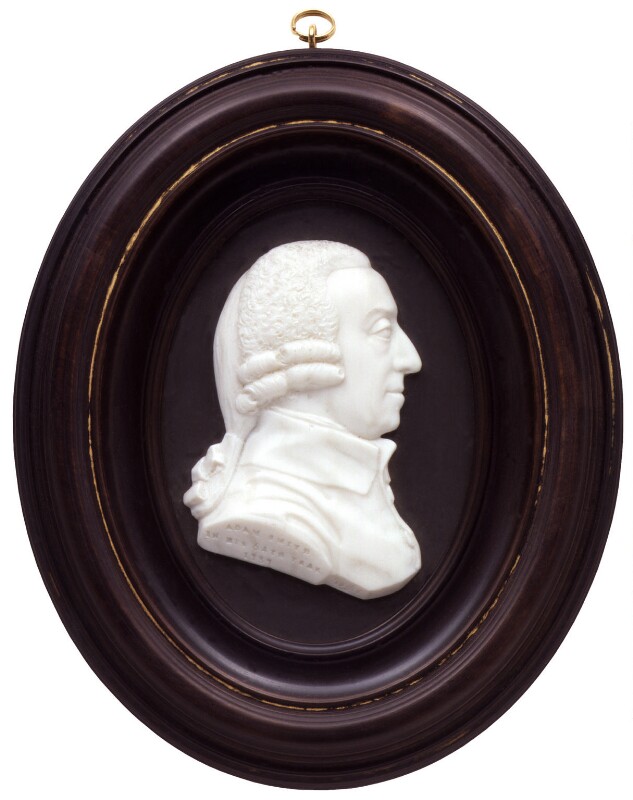 Incised on the truncation: ADAM SMITH/IN HIS 64TH YEAR/1787 and Tassie F.

In 1793 Dugald Stewart, who had known Smith, stated that ‘the medallion of Tassie conveys an exact idea of his profile, and of the general expression of his countenance’; it is the only satisfactory likeness of Smith and was conceivably modelled from the life. [1]
It was copied in Wedgwood paste, [2] and a reduced version in enamel was described by Gray as taken from a gem engraved by Thomas Warner after Tassie; [3] a derivative bust by Boog appeared on a Scottish penny token of 1797. [4]

Gray 1894a
J. M. Gray , James and William Tassie, a biographical and critical sketch with a catalogue of their portrait medallions of modern personages, no.356.

Gray 1984b
J. M. Gray, 'The Portraits of Adam Smith' in J. Bonar, Catalogue of the Library of Adam Smith, pp xxi-xxiii.