10 of 872 portraits matching these criteria: 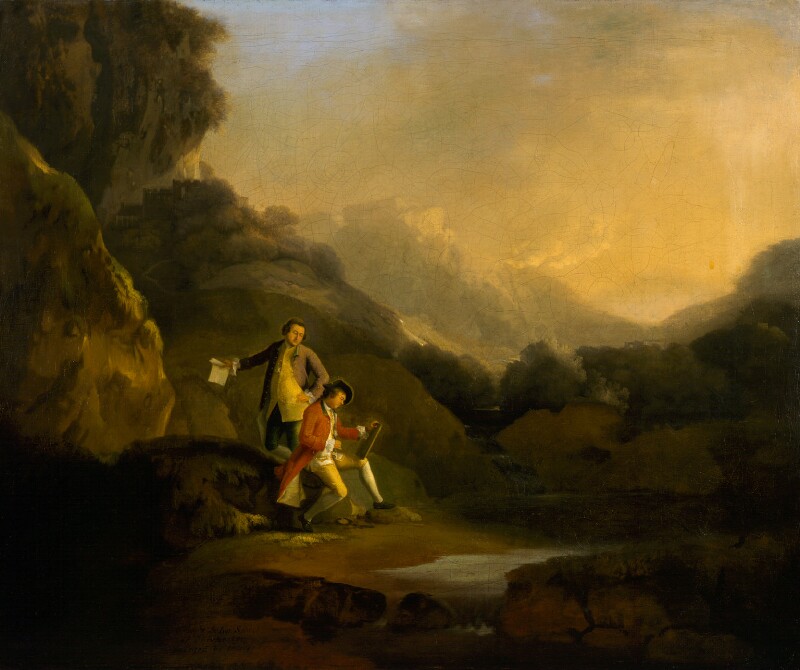 Inscribed in a contemporary hand, [1] bottom left: George & John Smith/of Chichester/painted by themselves.

A small picture in identical pose, with the Leicester Galleries, 1929; as Gainsborough and Thicknesse, shows a different landscape background with a large tree (oak?) left, and a castle on a mound, right. A cruder version of NPG 4117 was sold at Sotheby's, 23 March 1966, lot 103. On the evidence of the engraving by Woollett (see All Known Portraits), the standing figure is likely to be George. A portrait of the Smith brothers by themselves was bequeathed by James Lambert (1741-99) of Lewes to Lieutenant Samuel Baker of the Royal Artillery, stationed at Brighton. [1] The subsequent history of the painting, and whether it relates to NPG 4117, is not known.

Minute repairs to both faces; retouching to coat of seated figure and hairline cracks between him and waterfall, touched in.