2 of 22 portraits by George Gammon Adams 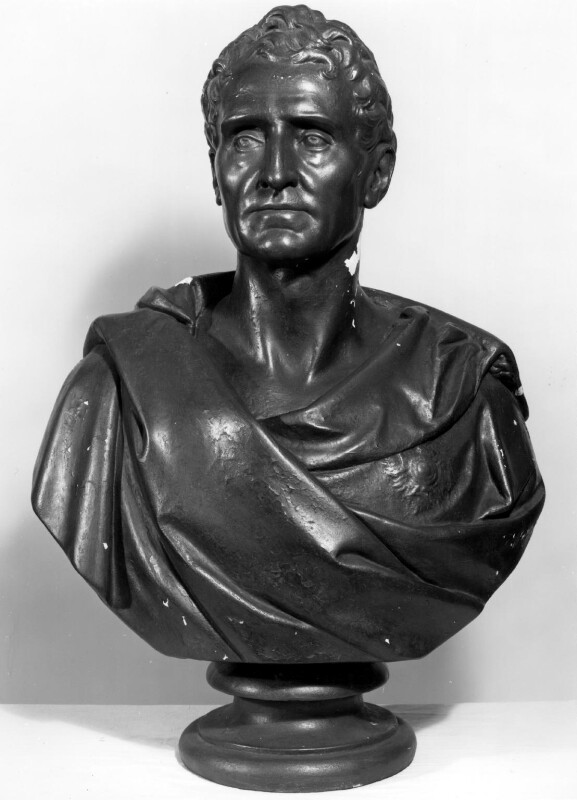 This cast is related to the marble bust of Smith by Adams in St Mary's Church, Whittlesea. The latter, although not erected as a memorial until 1862, may have been one of the two marble busts by Adams exhibited RA, 1848 (1373), and 1849 (1285). According to R. Gunnis, Dictionary of British Sculptors (1953), p 14, a bust of Smith by Adams of 1849 was in the United Service Club, London, but there is no trace of it there now. Mrs Adams wrote about the NPG cast in a letter of 9 April 1900 (NPG archives): 'My price for it would be 2 guineas as it would have to be recast owing to damp, it is a handsome bust; I fancy he must have been well known to Mr Adams as he has also done his portrait in wax.' The location of the wax portrait is not known, but Mrs Adams lent a second plaster bust to the Army and Navy Exhibition, Westminster Aquarium, 1900. The NPG bust was coloured by the Victoria and Albert Museum in 1922. Smith is shown wearing the star of the Bath. Several other busts by Adams were purchased at the same time.