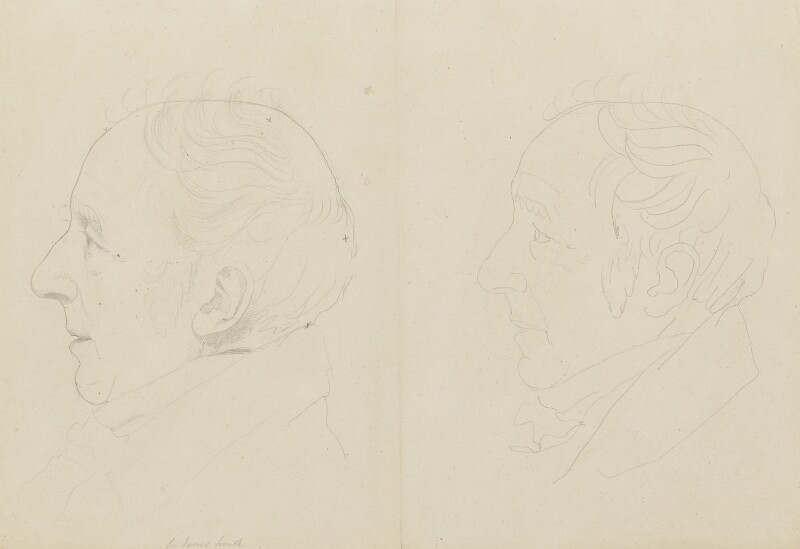 Sir Francis Chantrey’s Ledgers of Accounts (p 187) record an order of 1825 from the Linnean Society for a marble bust of the President, £126 paid 27 January 1827. The bust itself in the Linnean Society, Burlington House, is incised: SIR JAMES EDWARD SMITH/CHANTREY, SC. 1828. A mezzotint by W. Say was used as frontispiece to Smith's Memoirs and Correspondence, 1832.

Two profiles to left, the left one with guide marks.