3 of 7 portraits of Sir John Soane 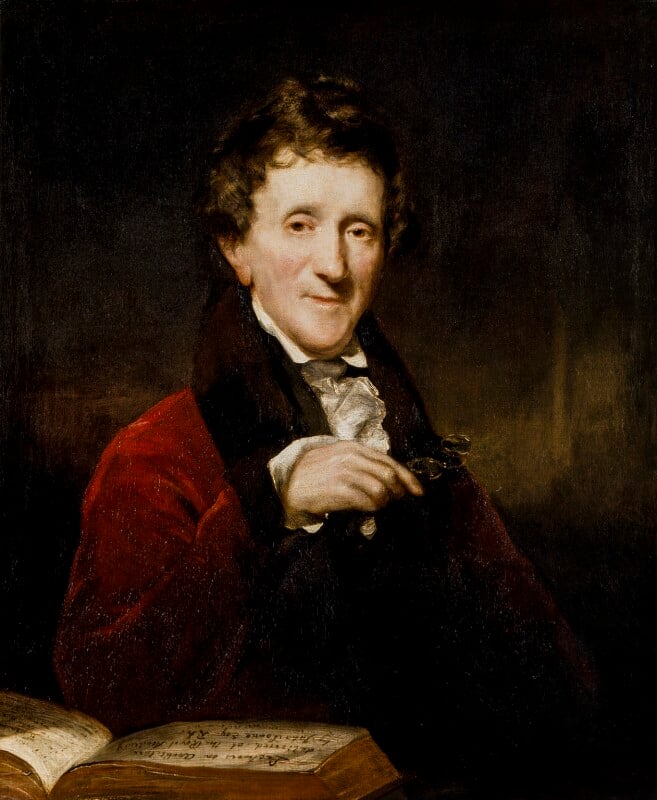 The portrait was commissioned by the British Institution and exhibited there in 1829: 254. The portrait of John Soane, R.A. Painted by order of the Directors of the British Institution, as one of its most liberal Benefactors. The same sittings were probably used for a slightly smaller portrait exhibited at the RA 1830 (308) and now in the Soane Museum, showing Soane at three-quarter-length in freemason's attire as Grand Superintendent of the Works. Jackson painted a companion portrait of Mrs Soane who had died in 1815, using sketches by Flaxman and Van Assen. A. T. Bolton describes NPG 701 as 'a poor portrait' (Arthur T. Bolton, The Portrait of Sir John Soane RA, 1927, p 440) but it is arguable that its easy informal pose and attractive expression is as convincing a likeness as the better-known Lawrence portrait of 1828 painted for Soane himself and still in the Soane Museum.
A drawing in the Bank of England although unattributed by them to any named artist may be a study for or from the NPG portrait. Although showing the sitter considerably younger in appearance it may have been 'adonised' by Jackson possibly as a result of criticism of his oil portraits.

Commissioned in 1828 for the Governors of the British Institution and presented by them to the National Gallery in 1839; transferred to the NPG in 1883.