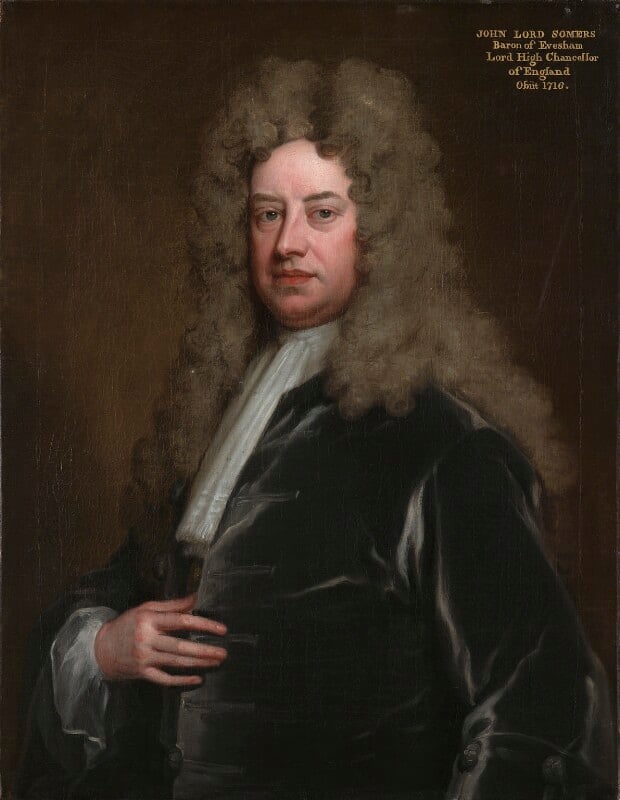 When Scharf saw this portrait at Eastnor in 1875 he commented ‘a dull picture of Kitcat period’. A 20th-century copy by A. E. Dyer is in the Assembly Hall, Hertford. A similar head appears in a three-quarter-length standing portrait by Kneller at Panshanger, with a letter inscribed The/Right Honourable/Lord Sommers, sold Christie’s, 16 October 1953, lot 61 (exhibited Second Special Exhibition of National Portraits ( ... William and Mary to MDCCC), South Kensington, 1867, no.28).

By descent at Eastnor Castle; presented by the 3rd Earl Somers1 1877.