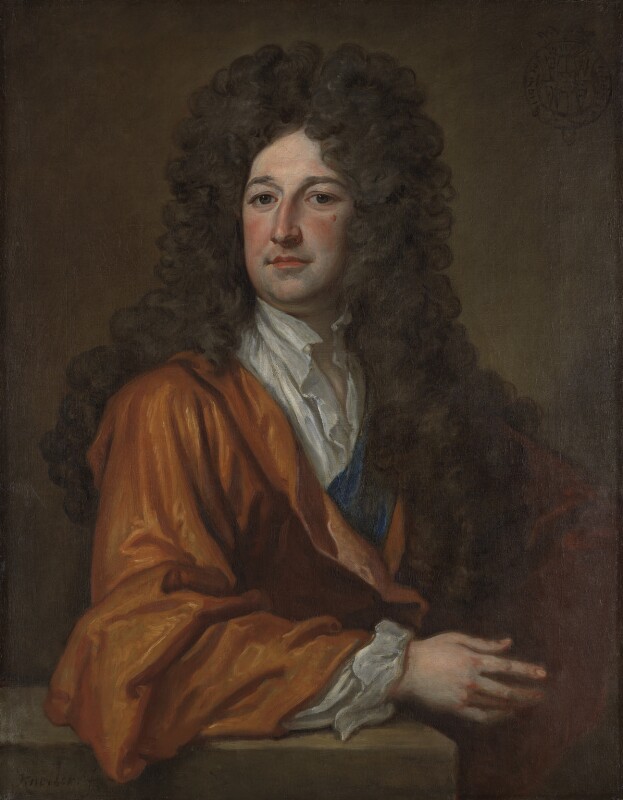 The Kit-Cat Club portrait. Somerset was the first member of the Club to present Tonson with his portrait [1] and he may have helped with the production of Faber’s mezzotints. A drawing of the head, reversed, is in the Victoria and Albert Museum (Dyce 376). [2]

1) The title page of Faber’s volume of engravings (which was dedicated to Somerset) declared that it was he who had set ‘the Example to the other Members of the Kit-Cat Club of honouring Mr Tonson with their Pictures …’.
2) Formerly attributed to Kneller, but rejected by J. D. Stewart, Godfrey Kneller, 1983, D99.

1 From the set of Founders of Oxford and Cambridge Colleges; the image similar to J. Chaloner Smith, British Mezzotinto Portraits, 208/2 but smaller.