2 of 2 portraits of William Somerville 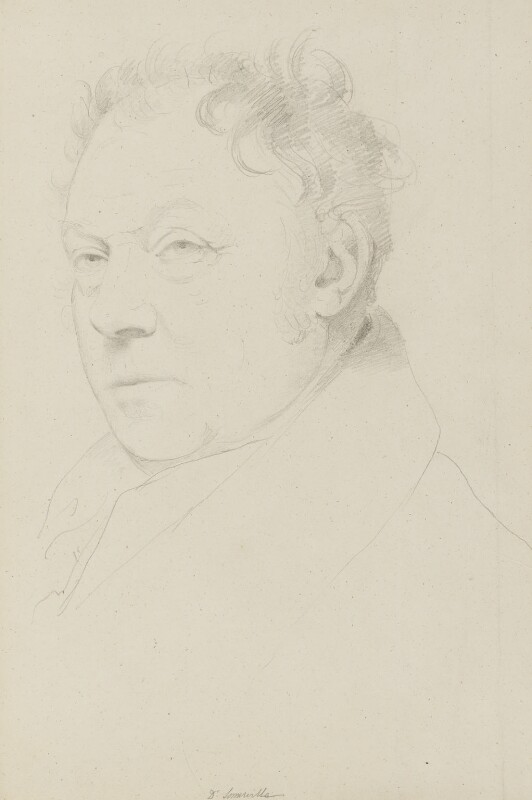 In the drawing he appears to be aged 55-60 but there is no mention of a commission in Sir Francis Chantrey’s Ledgers of Accounts and no plaster model or marble busts are recorded in the NPG archive, though Dr Somerville's wife, the scientific writer Mary Somerville, was drawn by Chantrey in 1832 and several busts of her are known (see Richard Ormond, National Portrait Gallery: Early Victorian Portraits, 1973, p 424).
An oil by James Lonsdale exhibited SBA 1836 (257) as 'Dr Somerville' was probably of him but its present location is unknown.