21 of 50 portraits matching these criteria: 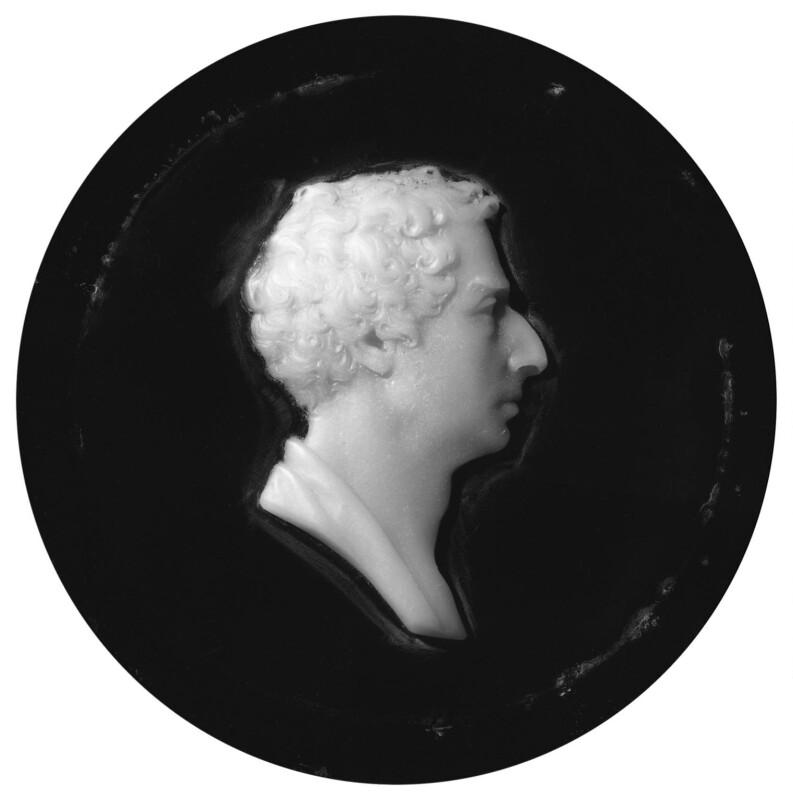 Inscribed on a paper removed from the back and now in registered packet: To Robt Southey Esq. LLD/with the artist's best respects/Portrait of Robt Southey Esq. LLD/Poet Laureate/Modelled by E. W. Wyon/1835 and along the bottom in another hand: Katharine Southey/purchased at the Sale at Greta Hall/Keswick June 1843 Robert Charles Southey/1862.

Wyon's wax was immediately approved of by Southey and the artist was dispatched with an introduction to Wordsworth so that he could make a companion. Wordsworth also approved: 'In common with all here, I thought his likeness of you a very successful one, and I shall be glad to hang in such good company' (Wordsworth to Southey, Lowther Castle 28 September 1835). Southey reported the success to Grosvenor Bedford on 29 September (The Life and Correspondence of Robert Southey, ed. Rev. Charles Cuthbert Southey, VI, p 273) and to Williams Wynn on 6 October: 'The last likeness that has been taken of me is in a safe shape and size, a medallion in wax by Wyon, about a fortnight ago. He has succeeded quite as well with Wordsworth. These will be for sale and can be multiplied, I believe in any material' (New Letters of Robert Southey, ed. Kenneth Curry, 1965, II, p 427). The 'safe shape and size' refers to the bust by F. W. Smith which had fallen from its bracket on to Neville White's head and knocked him down 'bleeding on the floor'. Versions of the wax profile are in E. J. Pyke's collection and the Mary Bate collection, V&A Museum (E. J. Pyke, Dictionary of Wax Modellers, 1973, p 160). Wyon exhibited a 'portrait' of Southey RA 1836 (982) which may have been one of these or it may have been the 'model' from which a Collas-type print was made for Chorley's Authors of England, 1838, p 27; in this Wyon shows the sitter with the same profile but wearing his D Lit gown.

Robert Southey and his sale June 1843, then family possession; Maurice Buxton Forman and given by him 1934.

Steel engraving as a medal with relief inscription: ROBERT SOUTHEY and E W Wyon etched below over three lines from Ovid, used to illustrate the title-page of Southey's Commonplace Book, 1849, vol.1.