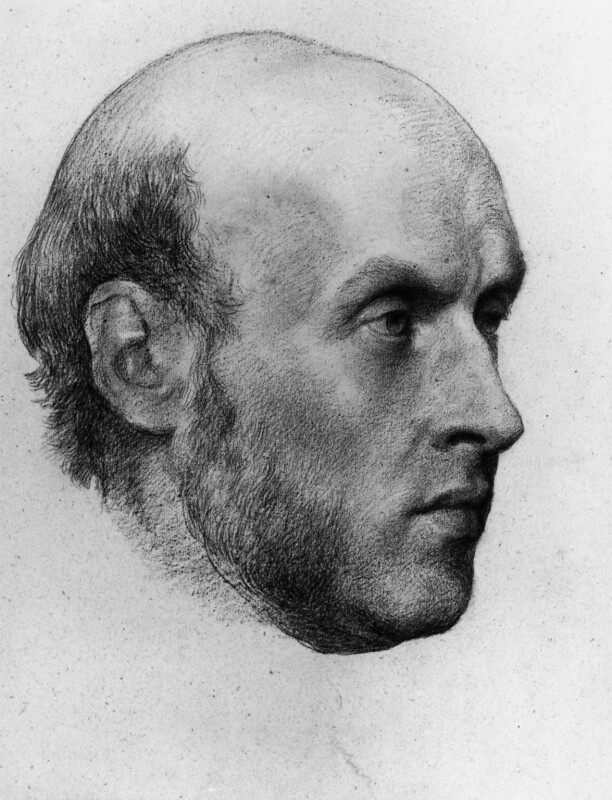 Inscribed on a label formerly on the back of the backboard: To our executors/After our death we have/promised that this drawing/by Watts of James Spedding/shall be given to the National Portrait/Gallery - S F and Isabel Spedding

'This one is merely a head - face ¾ profile - it is an admirable likeness and a singularly fine drawing - and its history is as follows. Mr Watts begged my uncle to let him 'have his head or face' for one of the philosophers in the large fresco in Lincolns Inn Hall - where the result can be seen. The drawing which he made as a study for the picture he gave to the late Mrs Charles Hoy Cameron - a common friend - she left it to Sir Henry Taylor expressing a wish that after his death it should be ours. He sent it to me himself not long before his death.'
This letter was prompted by the offer to the NPG of a drawing of Spedding by Watts from the collection of Mrs Catherine Donne; this drawing turned out to be a reproduction of NPG 2059, and is now in the NPG archives. In a second letter of 5 August 1908 (NPG archives), Miss Sarah Spedding promised to leave her drawing to the NPG. The Lincolns Inn fresco was begun in 1853 and completed in 1859.