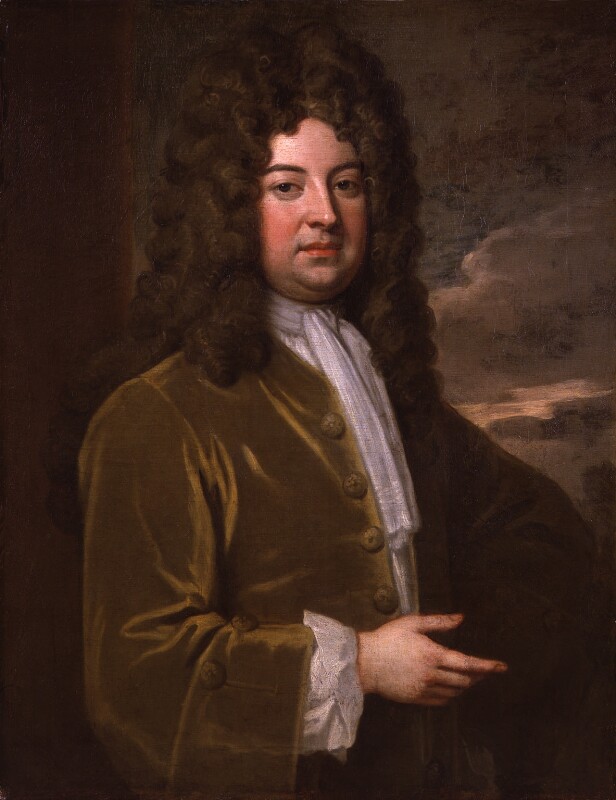 Signed, lower left (behind his right elbow): GK in monogram.

The Kit-Cat Club portrait. It is difficult to date, but was probably painted between Stanyan’s return from Switzerland in 1714 and his departure for Vienna in 1716. The treatment of the background and costume is mechanical and may be studio work. An ink drawing by Edward Byng, a poor copy of NPG 3226, was exhibited in 1964. [1]