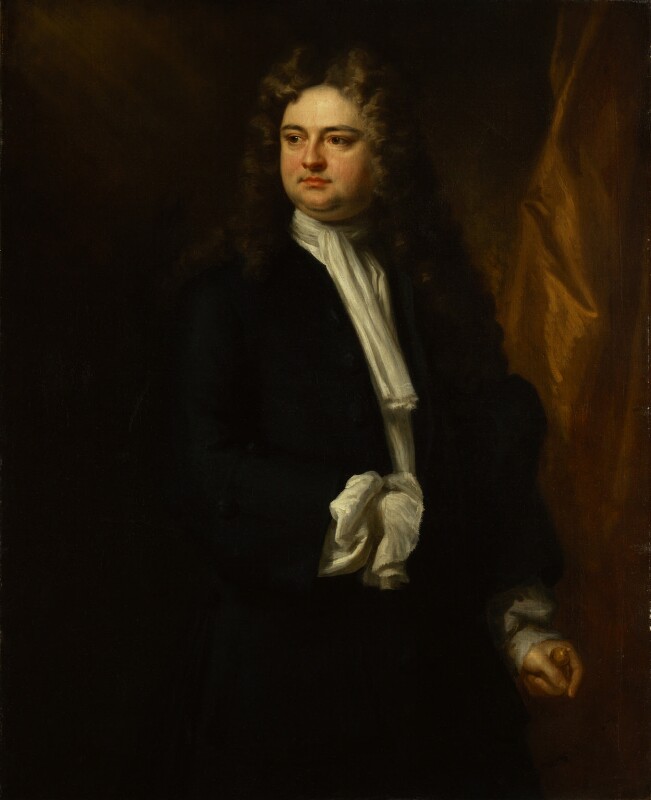 A three-quarter-length version of NPG 160. Steele had joined Richardson as a director of the Queen Street Academy in 1712.