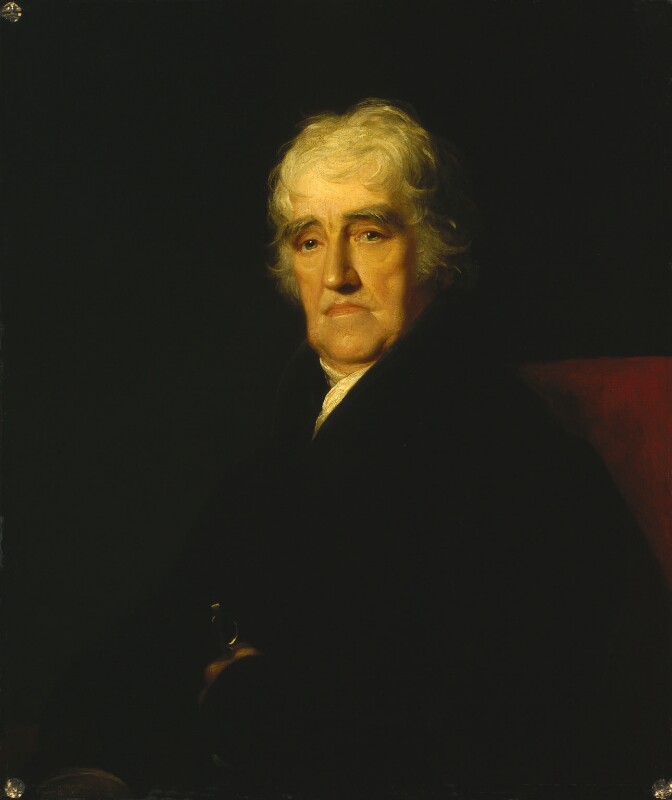 Signed and dated lower right: Jas Green/1830, inscribed on the back of the canvas before lining and transcribed: Portrait of Thos Stothard R.A./by James Green R.A./1830/Exhibited at the R.A./that year//from the collection of Saml Rogers Esq/as the work of Harlow tho’/Jas Green/1830/is upon it.

According to Anderdon's note in his copy of the RA Catalogue for 1830 (RA library), Lord Stanhope, the NPG chairman, asked who Stothard was. Anderdon insisted, in his letter of 6 March 1857 in NPG archive, that the Green portrait of Stothard was the first gift to the NPG though this has also been claimed for Lord Ellesmere's gift of the Chandos 'Shakespeare' NPG 1.
The NPG copy of Christie's catalogue 3 May 1856 (632) contains an annotation correcting the attribution from Harlow to Green.