1 of 9 portraits by Caspar Netscher 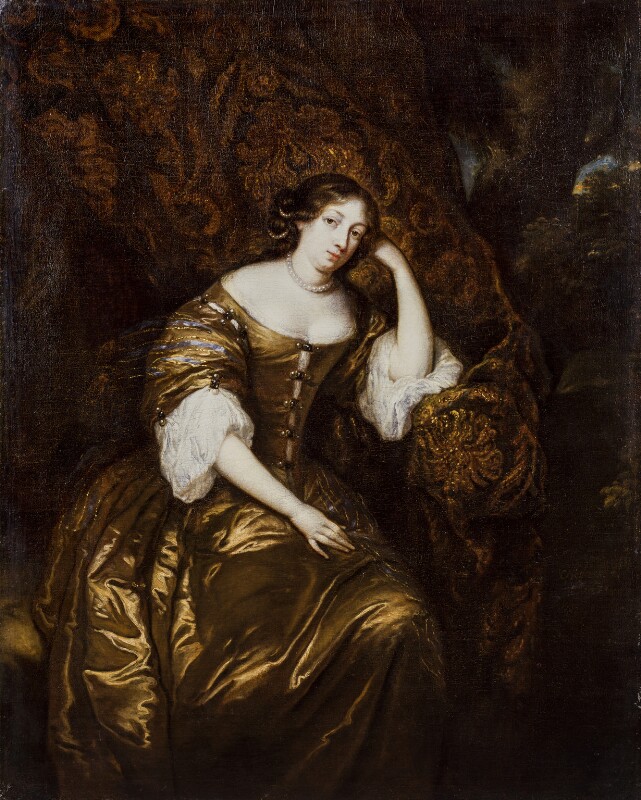 1 The initial of the monogram previously read as G; there is some ambiguity.

Marjorie Wieseman noted a generous proportion of studio assistance in NPG 3813, instancing the clumsy drapery folds, disproportionately small hands and slick execution.
Two different Netscher portraits have been identified as Dorothy Osborne in family inventories. A Netscher in the Northwick Park sale, Christie’s, 25 February 1965, lot 4, called Lady Temple, seems not the same person, [1] yet a copy of it, formerly at Broadlands, is inscribed, verso, ‘Copy from Netscher/by Mrs Weatherell 1784/Lady Temple wife of/Sir Wm Temple’; [2] it shows a three-quarter-length seated figure with a book in her lap, as befits Dorothy Osborne’s character, and the head resembles that in the Lely portrait.

Temple collection, Moor Park; sale, Christie’s, 30 March 1824, lot 66, bought Seguier for the 2nd Viscount Palmerston at Broadlands; by descent to the Countess Mountbatten, from whom purchased 1951.