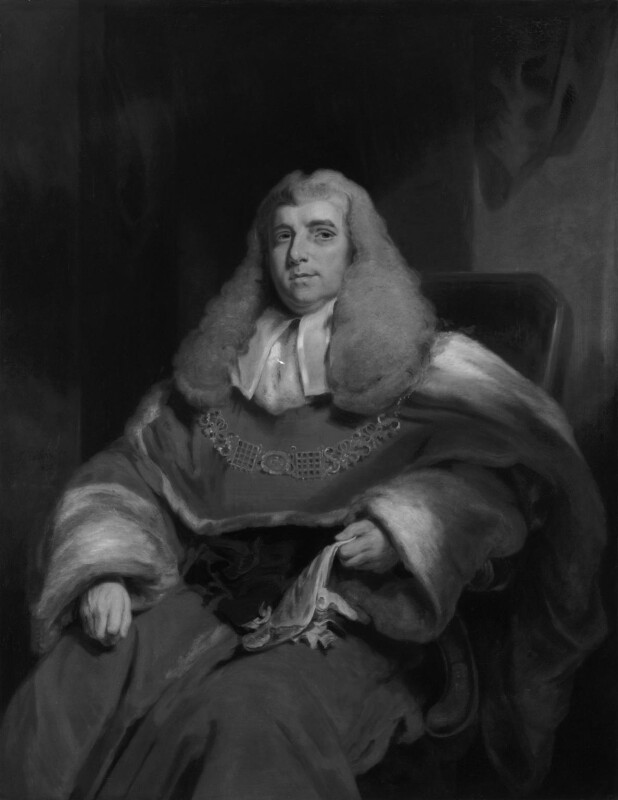 Signed and dated above his right elbow: J Hollins ft/1850.

Owen's original portrait in Corpus Christi College, Oxford, was commissioned by the College in 1818 and exhibited RA 1819 (R. L. Poole, Catalogue of Oxford Portraits, II, pp 272-3). Copies are in the Middle Temple, head and shoulders only by William Haines 1837, and NPG 481 by J. Hollins 1850. The NPG copy was presented by Lord Tenterden's son to the Society of Judges and Serjeants-at-Law and when the Society disbanded it was transferred to the NPG together with portraits of Bayley, Denman and Eldon. The mezzotint by S. W. Reynolds contains a large amount of etching, especially on the fur of the robes; the plates wore badly and fine impressions are scarce (Print Collector's Quarterly, XII, 1925, p 88); the NPG's is a fine impression, lettered proof and dated 1 January 1820.

Family possession and given by Lord Tenterden to the Hon. Society of Judges and Serjeants-at-Law in 1850; given by the Society to the NPG 1877.