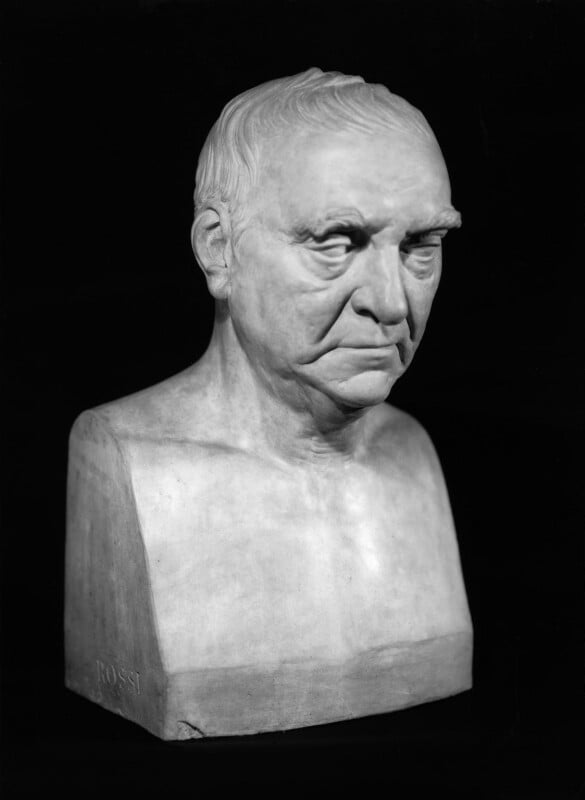 Inscribed ROSSI on left side of the base; Incised on side of truncation: ROSSI.

Rossi exhibited busts of Thurlow at the RA in 1801 (1000) and 1809 (875). Both were probably taken from the same model, although the latter shows the head slightly more tilted. Two marbles, each with the incised date 1801, are in the Royal Collection. [1] Rossi’s 1809 exhibit was described as a bust of Thurlow ‘in marble intended for his monument in the Temple church’, but only a plaster, identical with NPG 5238, remains in the Inner Temple. [2]

1) In 1969 one was at Windsor, the other at Buckingham Palace (Courtauld Institute photographic survey, B69/488 & 409).
2) By the end of the nineteenth century it had been moved out of the church and stood ‘neglected in the vestry’, bearing a latin inscription composed by Dr Routh (DNB).