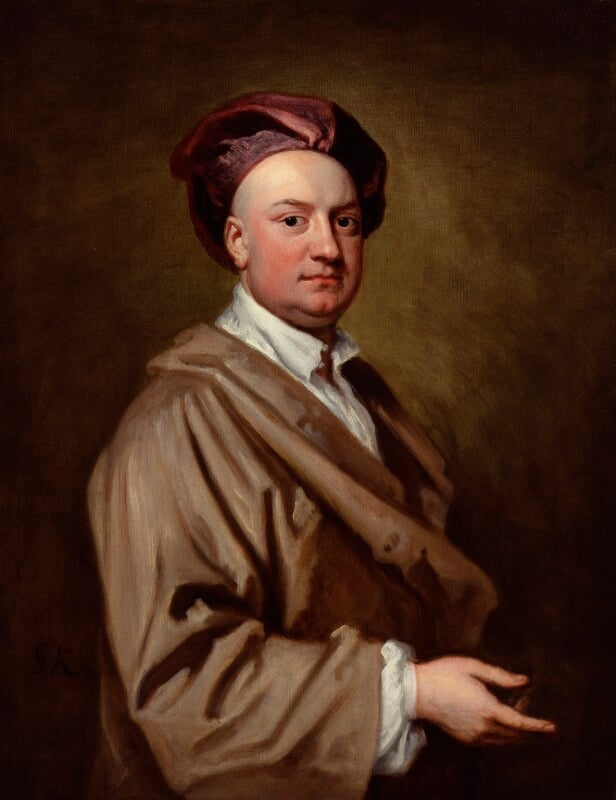 The identity is based upon the provenance and the general physical resemblance to Jacob Tonson I. Of kit-cat size, but not framed as the Kit-Cat Club set, NPG 4091 was probably painted at the time he succeeded to his uncle’s business. It is a late work by Kneller.
A copy from Nuneham [1] sold Christie’s, 11 June 1948, lot 88 as James Thomson by W. Aikman, was later sold Sotheby’s, 9 November 1966, lot 89 as Jacob Tonson by Kneller. A bust-length copy was with J. Fraser, Buxton, in 1958.