10 of 11 portraits matching these criteria: 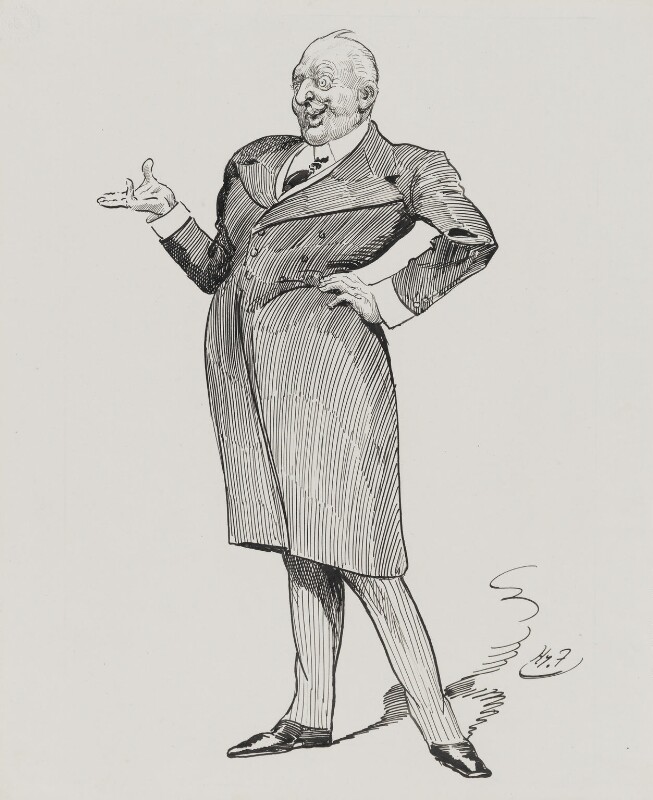 This drawing of Herbert Beerbohm Tree is part of a collection of 130 unbridled caricatures by Harry Furniss of fellow members of the Garrick Club. Tree was elected to the club in 1884, and Furniss the following year. According to Maud Tree, her husband was in his element in its gloomy but sociable rooms: ‘The Garrick Club – how Herbert loved it! And how proud he was when he became a member! … “I like its glare,” said Disraeli of Brighton. “I like its gloom,” said Herbert of the Garrick.’ [1]

Furniss knew Tree well and observed that ever ‘susceptible to the admiration of the public … [he] was always ready to play his part on the stage and off’. [2] Here he draws him corpulent and exuberant, hand on hip (a typical pose ‘even on horseback’), holding forth. [3]

There are Furniss caricatures showing Tree as a young man; see ‘All known portraits, Paintings, drawings, sculptures and prints, In private character’. NPG 4095(11) appears to show Tree in his fifties. It was published as plate 8 in Furniss’s Garrick Gallery Caricatures.