8 of 38 portraits by Samuel Laurence 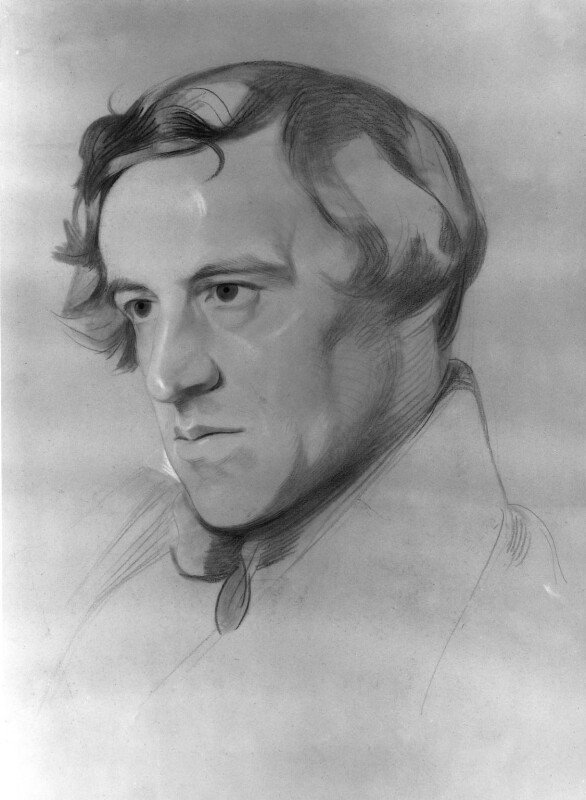 This drawing was anonymously lithographed (example in NPG). In a letter of 22 February 1842, W. B. Donne wrote to thank J. W. Blakesley for sending him one of the lithographs (Johnson, p 70): 'Laurence has a masterly pencil and time will doubtless soften the asperity of his style which gives, at least to the two drawings I have seen, more of melancholy than I hope either Thompson or Trench exhibit in their daily countenances.' The drawings of Trench and Thompson (NPG 1743) were part of a series of drawings of the Cambridge 'Apostles' executed by Laurence at this time. Brookfield wrote to Laurence in 1849 (Miles): 'It wd., after all, be difficult to do better than you have done of Venables, Trench, Morris - many more - which are to my mind better things than I have seen from any other hand.' Fanny Kemble commented: 'It is a matter of regret to me that the two likenesses of the Archbishop of Dublin, in his lately published memoirs, should give so unfavourable an idea of his very fine and noble countenance. I have myself a head of him, by Samuel Lawrence [sic], which does far more justice to his refined and sweetly serious face - the very face of a poet.' Another similar drawing of Trench by Laurence, signed and dated 1841, is in the collection of Lt Commander Chenevix-Trench, the great-grandson of the sitter.