2 of 4 portraits of Sarah Trimmer 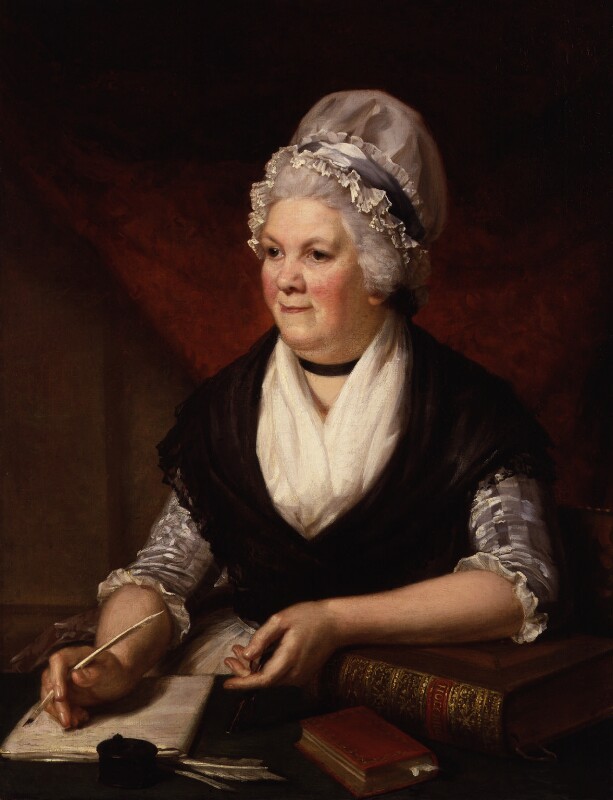 Henry Howard's portrait shows Mrs Trimmer slightly older than she appears in Lawrence's portrait, NPG 5498. It was painted some years after the death of her husband in 1792 and gives her a gently smiling expression. Howard painted several members of the Trimmer family including her son, Henry Scott Trimmer, as a child holding a cat and involving a story of improvement by Turner (see Sotheby's 12 March 1969 lot 28). A group of Trimmer portraits by Howard, including one of Sarah, is now in the Ipswich Museum, formerly at Rushbrooke Hall. A portrait at Chatsworth with a mezzotint by Charles Turner after Howard 1815 is more likely to represent Georgiana (Poynz). Countess Spencer (Alfred Whitman, Charles Turner, 1907, 569).

Kirby Trimmer family possession and Christie's 12 May 1888 (60), bought Agnew for the NPG.