1 of 4 portraits of Edward Troughton 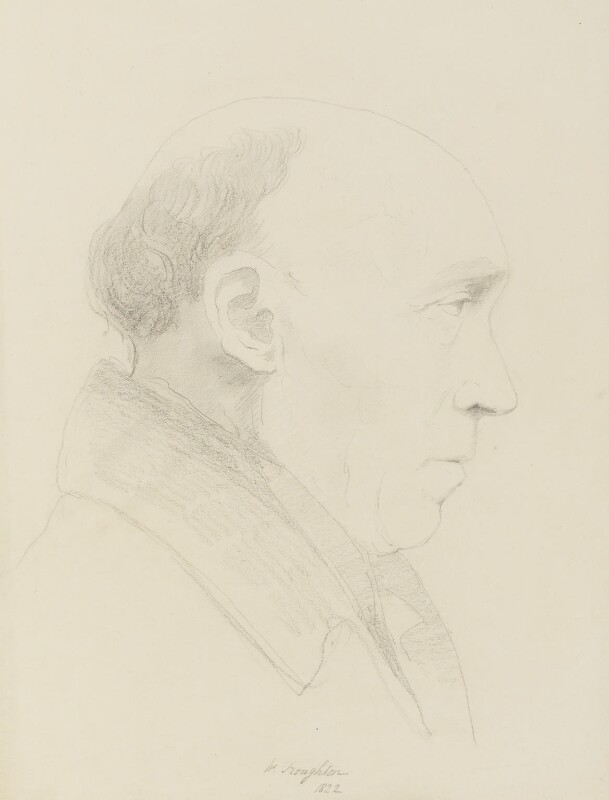 Sir Francis Chantrey’s Ledgers of Accounts (p 186) record payments from Sir James South in May 1824, an order in 1825 and completion for 100 guineas in May 1827. Two related drawings are in the Huntington Library. The bust itself, formerly in the Royal Observatory, Greenwich, now at Herstmonceux, is incised on the front: EDWARD TROUGHTON, F.R.S. and on the back: CHANTREY Sc./1824. It is first recorded in the Royal Observatory minutes on 7 June 1834.

Pencil on off-white paper, profile to right without guide crosses.